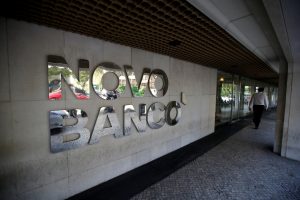 A bank in Portugal has blocked Venezuela’s attempt to transfer $1.2 billion to Uruguay, a lawmaker said on Tuesday as the opposition to President Nicolas Maduro warned of the theft of public funds, while the United States sent food and medical aid to the Venezuelan-Colombian border.

Pressure is building on Maduro, a socialist, to resign amid an economic crisis marked by widespread shortages and hyperinflation, with the United States and a growing number of other nations recognizing opposition leader Juan Guaido as Venezuela’s legitimate president.

Pope Francis on Tuesday expressed willingness for the Vatican to mediate Venezuela’s mounting crisis if both sides seek it. Russia, which along with China has backed Maduro in the crisis, underscored its view that the crisis can be resolved only with negotiations between the government and opposition.

Guaido, who declared himself interim president last month, is scheduled to meet later on Tuesday with business leaders at Venezuela’s main business group, Fedecamaras, to discuss an economic recovery plan under a future transition government in the OPEC-member South American country.

Maduro’s adversaries have warned that Venezuelan officials are seeking to drain state coffers ahead of a potential change of government.

“I’m pleased to inform the Venezuelan people that this transaction has until now been halted, protecting the resources of all Venezuelans,” Paparoni said.

Venezuela’s Information Ministry, which handles all media inquiries, did not immediately respond to a request for comment.

Lisbon-based Novo Banco, which is 75 percent-owned by U.S. private equity firm Lone Star Funds, did not immediately respond to a request for comment.

Major European nations including Britain, Germany, France and Spain joined the United States on Monday in recognizing Guaido, while members of a separate regional bloc, the so-called Lima Group, kept the political heat on Maduro.

In power since former President Hugo Chavez’s death in 2013, Maduro has been accused by critics of running the OPEC nation of 30 million people like a dictatorship. Critics have called last year’s disputed presidential vote in which Maduro won re-election a sham, and the mainstream opposition boycotted it.

Trucks carrying food and medical supplies sent by the United States to be stockpiled until it can be brought into Venezuela will arrive later this week at Guaido’s request and will be prepositioned at the main Colombian-Venezuelan border crossing at Cucuta, U.S. officials with knowledge of the plan said.

It is unclear how the supplies will get into Venezuela without Maduro’s blessing and cooperation of the Venezuelan military, which has remained loyal to his government and is stationed on the Venezuelan side of the border.

The pope, speaking to reporters aboard his plane while returning from a trip to Abu Dhabi, confirmed that Maduro had written a letter to him but said he had not yet read it. Maduro told Italian broadcaster Sky TG24 on Monday that he had sent the letter to the pope “for help in the process of facilitating and reinforcing dialogue.”

Asked about a possible direct mediation effort by the Vatican, the pope said, “I will read the letter and see what can be done, but the initial condition is that both sides ask for it. We are willing.”

Given the failure of previous rounds of dialogue, including one led by the Vatican, opponents are suspicious, believing Maduro uses them to quell protests and buy time.

U.S. President Donald Trump is expected to address the Venezuela situation in his annual State of the Union address in Washington later on Tuesday.

Russian Foreign Minister Sergei Lavrov said the Venezuela crisis could be solved only by getting the authorities and opposition to talk to each other, Russia’s RIA news agency reported.

“We continue to believe that the only way to exit this crisis is by sitting the government and opposition down at the negotiating table,” Lavrov was quoted as saying by RIA. “Otherwise it will simply be the same regime change that the West had done many times.”