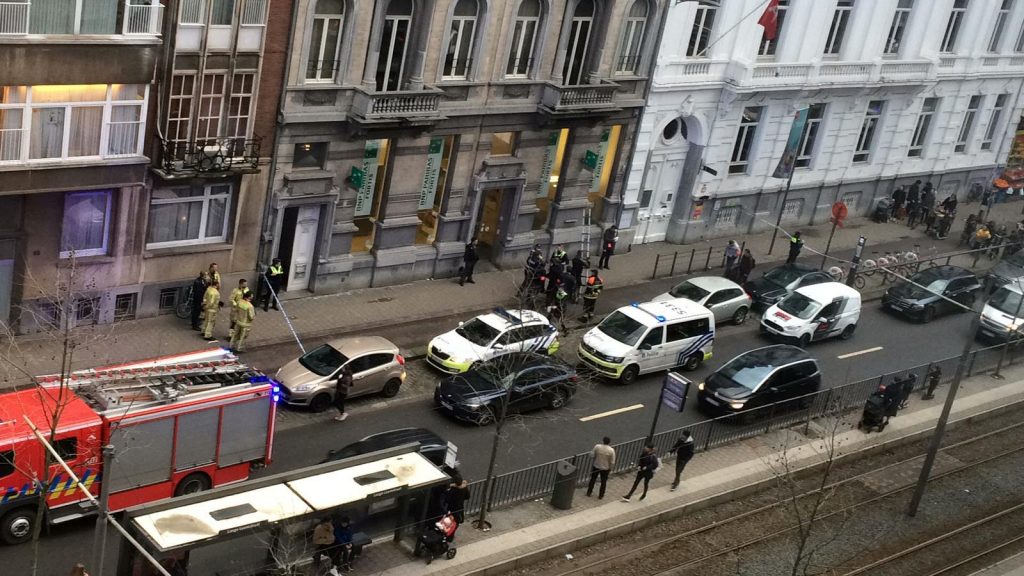 A branch of BNP Paribas Fortis, one of the largest banking institutions in Belgium, was the target of thieves who tunneled their way through the sewer system into the branch on the Belgiëlei in Antwerp, one of the major streets in the area. The robbers seemingly emptied the contents of several safe deposit vaults belonging to customers of the bank.

HLN reported that police investigating the burglary discovered two tunnels which apparently were used by the thieves to enter the premises. The bank’s security firm informed the police on Sunday afternoon of a possible burglary in the vault room. A trace scent of gas was detected inside the building, and the police tested the surroundings to determine that it was safe to descend into the tunnel they discovered in the bank.

“A tunnel connected to the sewer system was found,” said Willem Migom of the Antwerp Police. “In the sewer, we then found a second tunnel that led to a building in the Nerviërsstraat,” another street in the area.

Although several vaults were burglarized, as of now the extent of what was taken is not known. No suspects have been arrested as of yet.

BNP Paribas Fortis has not yet commented about the break-in.