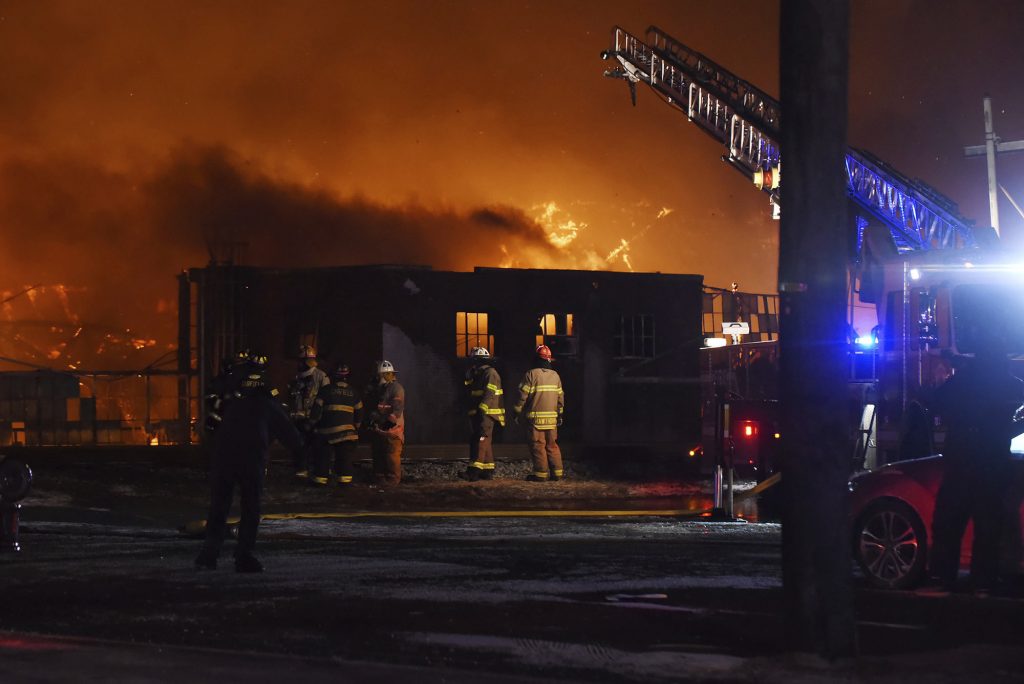 A landmark New Jersey paper plant has been destroyed by fire.

Fire crews from around the area were called late Wednesday afternoon to the Marcal Paper Mills in Elmwood Park. They battled the blaze for several hours amid frigid weather but were unable to save the structure or the iconic red sign that was visible for years along Route 80.

Authorities say no injuries were reported in the blaze, which apparently began in a nearby warehouse. Roughly 200 people work at the mill, but it’s unclear how many were there.

The cause of the blaze remains under investigation. The fire and related issues forced some nearby schools to cancel classes for Thursday.

The fire is the second reported this month at the site. Another large fire occurred there in 2017.