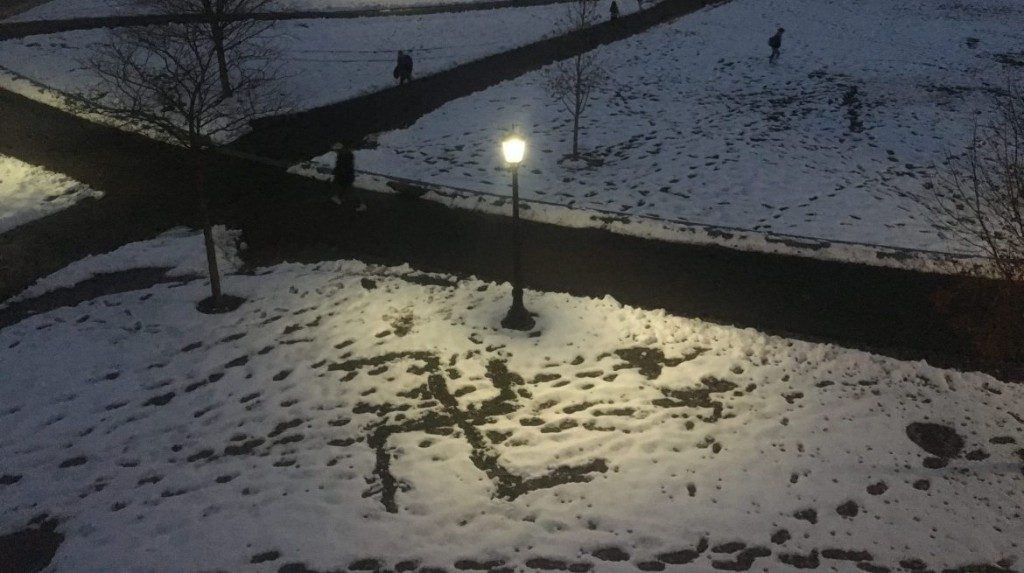 History will long remember a heroic German pastor, Martin Niemoller, who was an outspoken opponent of the Nazi regime, though not particularly pro-Jewish. Arrested in 1937, he was incarcerated and confined to a concentration camp until the end of the Holocaust, after which he appeared at many gatherings where he also publicly confessed his own inaction during the early years of Nazism.
(Witness to History)

January 27 is accepted as the International Holocaust Remembrance Day, which is the anniversary of the liberation of Auschwitz. Ironically, just a few days before January 27, a short, dangerous video was released called “Rise Up Ocean County.”
Shockingly, the video shows a background of a Lakewood crowd with a voice-over attacking the Lakewood community and the newer communities nearby, such as Toms River. The narrator focuses on corruption, saying, “It is said, ‘Power corrupts and absolute power corrupts absolutely.’ All one needs is to look to Lakewood for guidance.” This rabble-rouser distorts the quote above, explaining how the Jews are trying first to get the houses, then the board of education and, when no one is left, to actually get the original residents to move out of the neighborhood. The main point of the video is that the residents did not react, as they didn’t know what to expect. Exactly like Pastor Niemoller eighty years ago.

What do we do with such a devastating development?

We, as Jews who live in different communities in the U.S., would like to think that anti-Semitism does not exist in our tolerant country. Of course, it’s more comfortable to think this way. It doesn’t obligate us to act. We refuse to understand that actually, the rise of anti-Semitism may have started in Europe, but is doing, unfortunately, very well here in the United States.

Following is a conversation I had a while ago with a good, smart man who lives in one of the well-known Jewish communities.

To my question: What about the rise of anti-Semitism in the U.S.?

The man answered: You are exaggerating.

I asked: What about what Jewish students are going through on college campuses out of town and in town?

The answer was: We don’t feel it in our neighborhoods.

To anyone who will ask me if I am trying to say that the rise of anti-Semitism needs our awareness, reaction and fighting back, my answer is yes.

More than a quarter of Europeans polled believe Jews have too much influence in business and finance.

One-third of Europeans in the poll said they knew just a little or nothing at all about the Holocaust, the mass murder of some six million Jews in lands controlled by Adolf Hitler’s Nazi regime in the 1930s and 1940s.

Do we stop to think for a minute what we learn from this poll? Do we realize how many of our younger generation know nothing about what happened to our ancestors, grandparents, great-grandparents?

The answer to this question is not: “Let’s leave it for Project Witness to take care of, which they do.”

The answer may be to remember the real meaning of one of the tefillos that we say every day:

Remembrance, the Baal Shem Tov is reputed to have said, is the secret of redemption. Through a deepened understanding of the world that was destroyed, we can bring new meaning to the world that has been rebuilt. We can redeem the Jewish people through a life of heightened consciousness of our history, faith, and heritage. We can create a living, G-dly world. We must remember not only the destruction, but the vibrant world before the destruction, and the world of rebirth in the aftermath. For the sum total of Jewish history is not death; the sum total of Jewish history is life. (Witness to History)

This is our obligation.

This is our mission.