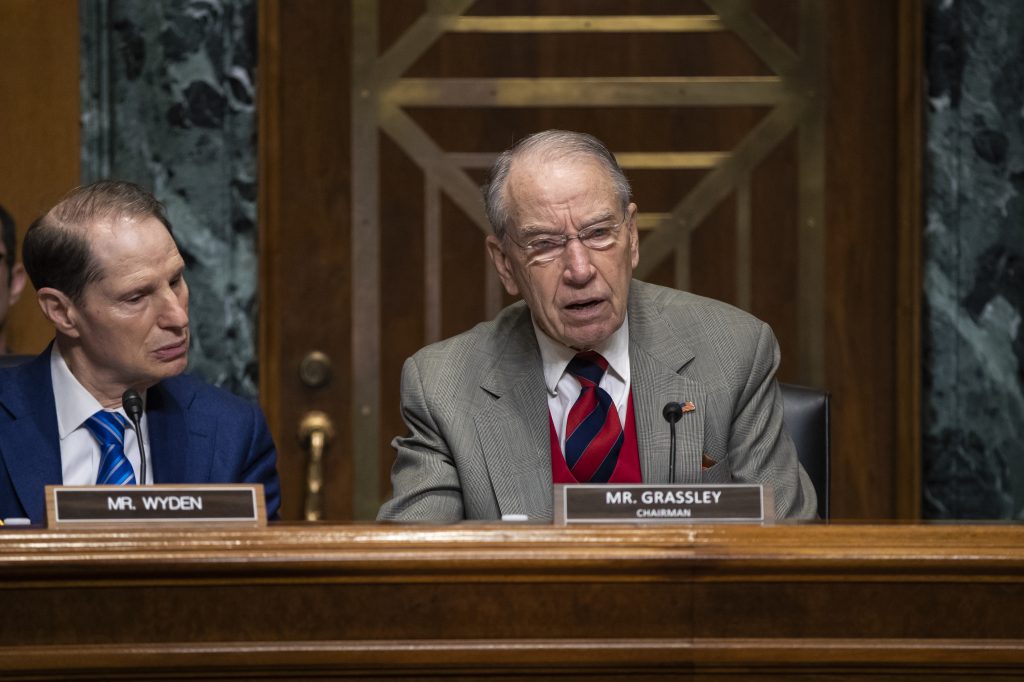 A senior Republican lawmaker said Tuesday he plans to investigate price spikes in the cost of insulin for people with diabetes as Congress opened hearings on the high cost of prescription drugs.

“I have heard stories about people reducing their life-saving medicines, like insulin, to save money,” said Senate Finance Committee chairman Charles Grassley (R-Iowa). “This is unacceptable and I intend to specifically get to the bottom of the insulin-price increase.”

Although Democrats want Medicare to directly negotiate prices and Republicans prefer free-market approaches, they seem united in their disdain for the industry’s pricing. At the White House, President Donald Trump, who once accused drugmakers of “getting away with murder,” has set in motion multiple regulatory actions — from approving more generic drugs to a planned experiment that would use lower international prices to save money for Medicare on certain drugs.

It all adds up to a politically perilous time for a powerful industry used to setting its own terms. However, it’s still unclear whether lawmakers in the end will be able to agree on a plan of action.

The Pharmaceutical Research and Manufacturers of America points to research suggesting that price spikes of a few years ago have eased. Government price-regulation will stifle innovation and deprive patients of timely access to innovative medications, the industry warns.

Insulin to treat diabetes is a particularly sensitive issue, since patients depend on the drug to try to maintain normal blood sugar and forestall serious complications of the disease, from heart problems to blindness and amputations. As yet there’s no effective generic competition to brand insulin costing hundreds of dollars a month.

The American Medical Association has called on the government to investigate rising prices for insulin, which saw a nearly 200 percent increase from 2002-2013, according to the physician group.

Kathy Sego of Madison, Indiana, told the Finance panel how her college-student son got seriously ill cutting his insulin dose by three-fourths to save the family money. “I’m heartbroken to know that my son felt he was a financial burden to us,” said Sego. “Money over life is not the choice I want him to make.”

Grassley is an old adversary of the drug industry, having previously battled the companies over safety problems and pricing for government programs like Medicaid. Together with Democratic Sen. Ron Wyden of Oregon, he also investigated the pricing of Sovaldi, a costly breakthrough medication for hepatitis C.

Grassley has returned to the chairmanship of the Finance panel after heading up the Senate Judiciary Committee. Finance has jurisdiction over the government’s major health-care programs.

Grassley said drugmakers have been cool to his requests to testify in public before the panel.

“I want to express my displeasure at the lack of cooperation from the pharmaceutical manufacturers,” he said.

Wyden, the ranking Democrat on the panel, said Finance won’t hesitate to use its subpoena power. “They are going to have to show up,” he said of drug company CEOs.

Despite the tough talk, Grassley’s opening statement underscored just how far he and most Republicans remain from Democrats like Cummings on policy ideas.

Grassley issued a call for greater public accounting of how pharmaceutical companies set their prices, and he endorsed the Trump administration’s move to require drugmakers to disclose prices in advertising. Cummings is pushing a package of bills that would empower Medicare to directly negotiate prices, open up generic competition to drugs deemed “excessively priced,” and allow consumers to import lower-cost medications from Canada.

The hearings come as prices for brand-name drugs continue to rise, although data shows the total number of price hikes is somewhat lower than at the same time last year, and the overall percentage increase isn’t as steep. Facing heavy criticism from Trump and Democrats, some drugmakers have pledged to take fewer or smaller increases as the industry tries to avoid government regulation.