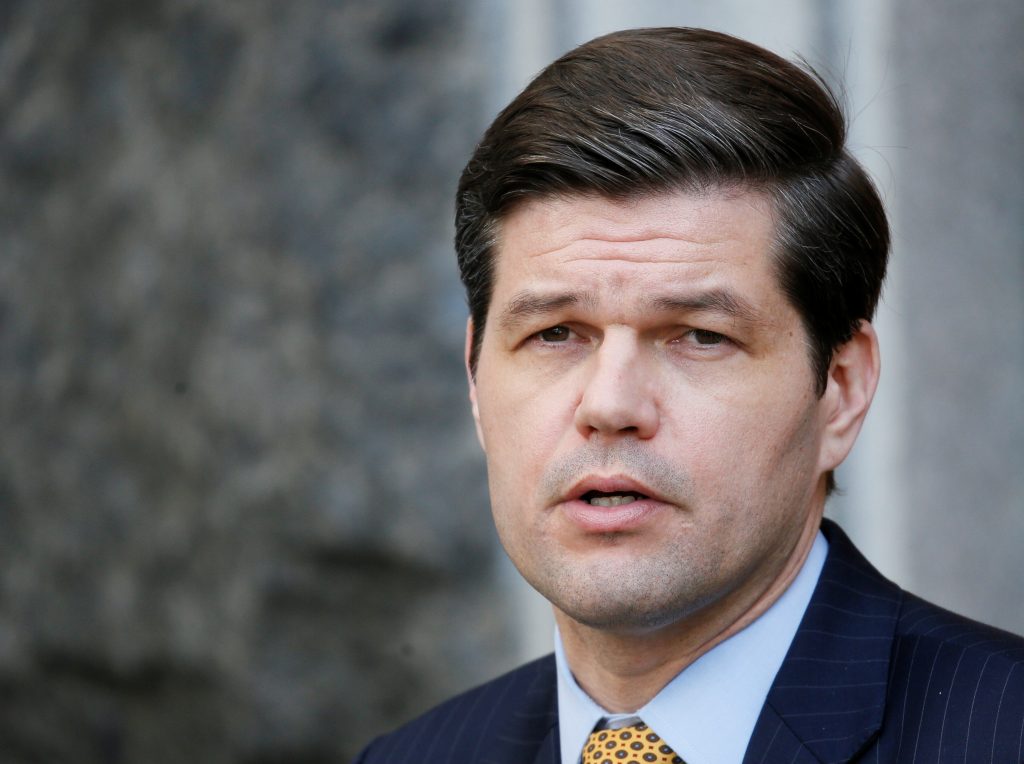 The top U.S. diplomat for European affairs, Wess Mitchell, has resigned, according to his resignation letter seen by Reuters on Tuesday at a time of strains in the trans-Atlantic relationship over President Donald Trump’s policies.

In the letter to Secretary of State Mike Pompeo dated Jan. 4, Mitchell said he felt he had completed his goals for the post and wanted to spend more time with his young family.

He will leave the post on Feb. 15, according to the State Department.

There were no signs that Mitchell, a former policy analyst on central and eastern Europe, was resigning out of protest against Trump administration policies.

Mitchell was brought on board by former Secretary of State Rex Tillerson in 2017 as Trump threatened to withdraw the United States from the NATO military.

The trans-Atlantic relationship has been further strained by Trump’s decisions to impose U.S. tariffs on European steel and aluminum, pull out of the Iran nuclear deal and global climate pact, and recently to withdraw troops from Syria.

Ties with Germany have been strained over Trump’s sharp criticism of German Chancellor Angela Merkel’s migration policies and support for a Baltic Sea gas pipeline with Russia. He has also lashed out at French President Emmanuel Macron for his “low approval rating,” France’s near defeat to Germany in two world wars and accused Paris of unfair trade practices over wine.

Pompeo said on Twitter that Mitchell had done “an outstanding job as Assistant Secretary.”

“I have valued his counsel and wisdom as he has led our European team in this administration. I wish him and his wife Elizabeth, who is also a committed public servant, much happiness with their two young children,” Pompeo tweeted.

In his resignation letter, Mitchell said he had helped to craft the administration’s European strategy and reorganize the European bureau at the State Department.

He said he was proud of diplomatic efforts in sustaining transatlantic unity on sanctions against Russia, securing the release of American pastor Andrew Brunson from Turkey, and U.S. support for resolving a dispute between Greece and Macedonia over the former Yugoslav republic’s name.

“I am proud of what we have accomplished in creating and beginning to implement the Europe Integrated Strategy in support of the National Security Strategy and National Defense Strategy,” he wrote. “The emphasis that these strategies place on the need to prepare our country and the nations of the West for sustained competition with big-power rivals is both urgently necessary and long overdue,” he added.