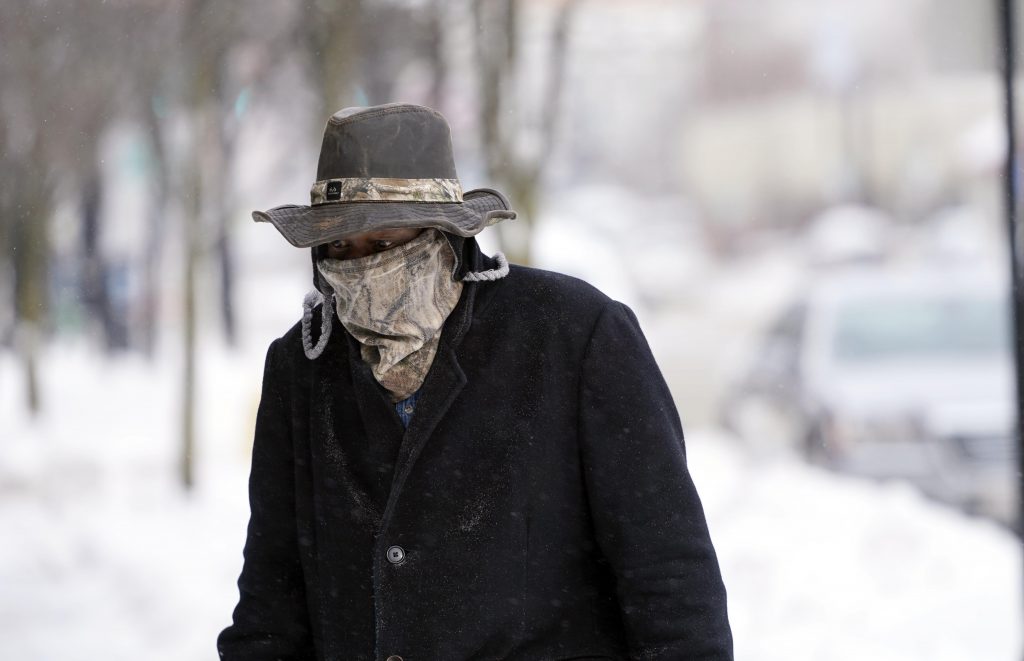 The National Weather Service had forecast that temperatures would be more than 20 degrees below normal across the Northeast, with wind gusts up to 30 mph and wind chills approaching minus 40 degrees in northern New York and Vermont.

Atop the Northeast’s highest mountain, the temperature fell to minus 23 degrees Monday morning and was expected to drop even more later in the day, said Adam Gill, a meteorologist with the Mount Washington Observatory in New Hampshire. Though wind gusts of 30 to 40 mph were not particularly high for a location that once held the record for the strongest wind speed ever recorded, it was enough to produce wind chill values of minus 50 to 55 degrees, Gill said.

“The big thing is to be prepared: Make sure you have no exposed skin,” he said. “Even being covered up, especially with gloves, your fingers get cold fast.”

In suburban Chicago, the temperature was about 14 degrees Sunday when a 12-year-old girl died after a snow fort collapsed on her. Police in Arlington Heights, Illinois, said Esther Jung had been playing with another girl outside a church. Their families began looking for them about an hour later and found them under the snow. The younger girl survived.

In Connecticut, a utility company subcontractor died Sunday after being struck by a falling tree while working on a power line in Middleton. More than 12,000 homes and businesses in Connecticut remained without power late Monday morning, down from a high of more than 25,000 outages Sunday, as temperatures dropped below zero in some locations.

“This is a reminder of the danger these men and women face on our behalf,” Gov. Ned Lamont said in a tweet. “While many are still out there working today, please join me in acknowledging them and sending our thoughts to this person’s family.”

In Kansas, a snowplow driver was killed when the plow drove onto the shoulder of a road and rolled over, throwing him under the vehicle. It wasn’t clear why the driver had moved to the shoulder from the roadway. And in Wisconsin, the Milwaukee County Medical Examiner’s Office said a 59-year-old man and a 91-year-old man collapsed and died Sunday in separate incidents after removing snow.

While FlightAware reported nearly 350 cancelled flights Monday, that was a fraction of the more than 1,600 that were cancelled the previous day. And after a few weather-related delays Sunday, Amtrak restored all scheduled service on Monday.

Another storm system is already developing over the Rockies that could blanket the same region with more snow by the end of the week.