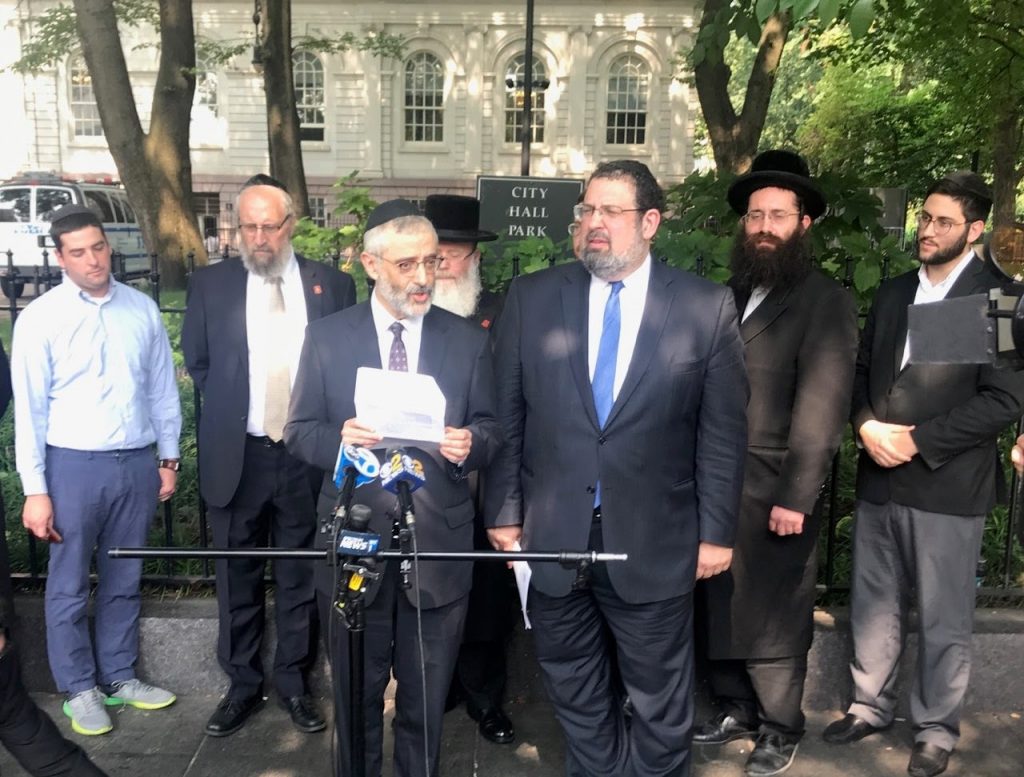 A federal judge dismissed a lawsuit filed by an anti-yeshivah group, ruling Wednesday that the plaintiffs — former yeshivah students who have since left the community — had no standing to bring the lawsuit.

U.S. District Court Judge I. Leo Glasser cast Yaffed as no different than any other political advocacy group, rejecting its attempt to portray itself as campaigners for social change.

Yaffed had claimed it had standing since it spent money on mailers and billboards advocating for more secular education in yeshivos.

“If any plaintiff with a strong objection to a statute,” wrote Glasser, a Brooklyn federal Court judge, in his brief, “could manufacture standing by spending time and money opposing that very statute and then arguing that the expenditure of that time and money was itself an injury, there would be no real constraint upon standing at all, except perhaps the size of the plaintiffs bank account.”

The law, known as the Felder amendment, specified that the state education department may take into account other studies when inspecting nonpublic schools with late hours and instruction in dual language — in other words, yeshivos.

Guidelines issued by the state last year, which itself is the subject of a controversy over its interference into a religious institution, mention the Felder Amendment as a guidepost.

The judge wrote that he was inclined to be very strict when it comes to proving that a plaintiff was injured by the law since it juggled two great democratic values — the right a child has to an education and the parents’ right to decide their child’s schooling.

“Legal formalities aside,” wrote Glasser, “it is apparent that the real question in this case is how to balance competing values, both of which must be cherished in a free and democratic society, but either one of which, if allowed to expand to its logical conclusion, would swallow the other.”

“On the present record,” he concluded, “Yaffed has failed to demonstrate that it has suffered an injury in fact sufficient to confer standing, or that such an injury is ‘certainly impending.’ Therefore, the Court has no choice but to grant Defendant’s motion to dismiss.”

The lawsuit quoted a friend of the court brief filed by Parents for Educational And Religious Liberty in Schools, or PEARLS, a yeshivah advocacy organization and a court declaration by Professor Aaron Twerski, who teaches at Brooklyn Law School.

“For parents who choose a traditional yeshivah education for their children,” Glasser quoted Prof. Twerski, “it is an important pillar of continuity within the Hasidic community, assuring that their beliefs will be reliably passed on from one generation to the next, and instilling an invaluable sense of Jewish identity and belonging.”

He later cited him again that yeshivos are “the primary vehicle responsible for inculcating Jewish values, Jewish learning and Jewish living, are responsible for the rebirth of the Jewish community out of the ashes of destruction in Eastern Europe, and are what today ensures and allows for the continuity and growth of the Jewish community in New York and around the country.”

The lawsuit’s dismissal, however, has no bearing on the state guidelines.