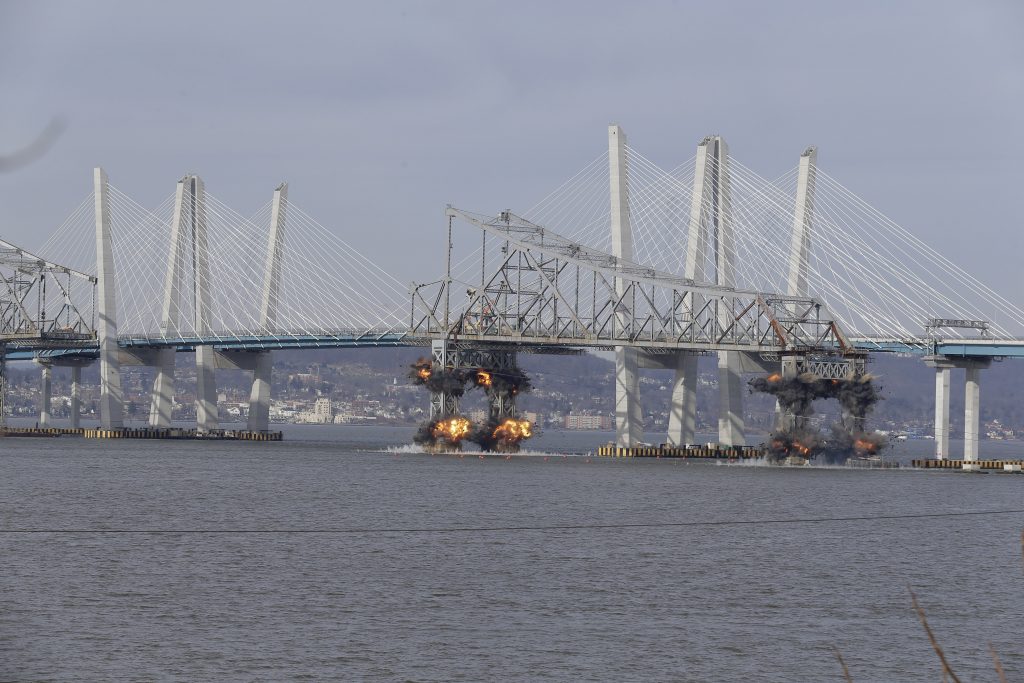 A big chunk of the Tappan Zee Bridge has gone down in history.

The eastern section of the old bridge in New York State dropped straight down into the Hudson River as it was demolished with explosives Tuesday morning.

After the billowing black smoke cleared, it remained about half submerged. The remnants will be salvaged and recycled.

Crowds gathered along both sides of the river to view the spectacle.

The Tappan Zee has been replaced by the Gov. Mario M. Cuomo Bridge, which carries Interstate 87 traffic over the Hudson River about 30 miles north of New York City