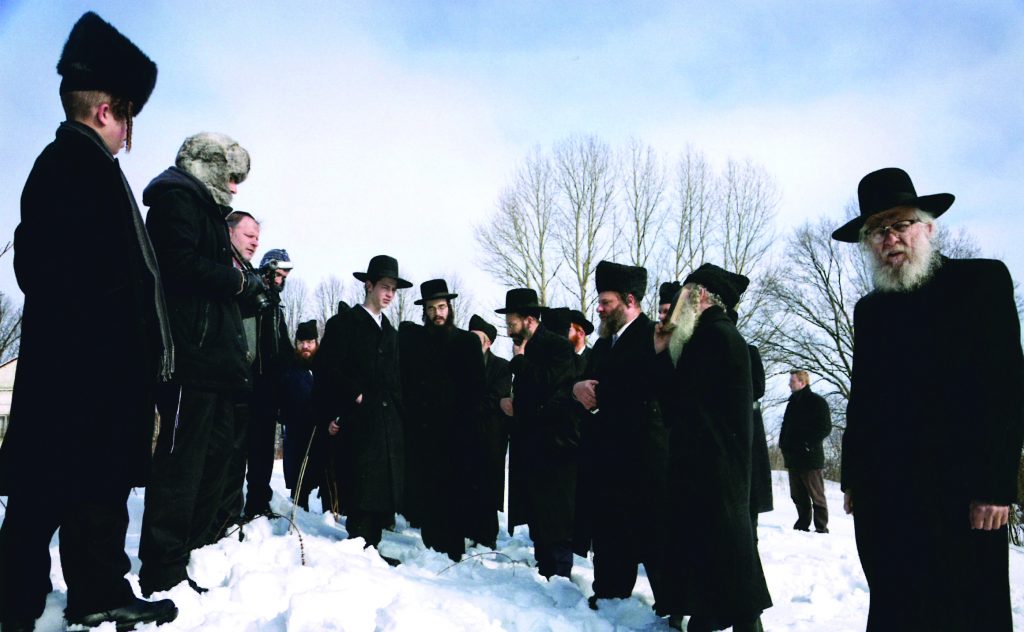 For a non-Jewish Polish photographer to have developed an internationally recognized exhibit on the return travels to her country by Chassidim is noteworthy on its own. Now, the Polish government’s Consulate General in New York will be presenting some of the highlights of Agnieszka Traczewska’s work at the United Nations at the end of January.

“Returns: Hasidic Returns to Not-to-Be-Forgotten Places,” by Ms. Traczewska will be the centerpiece of the exhibit. The collection is a photojournalistic record of trips organized by groups of Chassidim to various kivrei tzaddikim in modern-day Poland. While her photos of pilgrimages to Lizhensk and other similar locales form the core of her book, Mrs. Traczewska has traveled to Israel several times and has published extensive collections about Orthodox life there as well.

“Ten years ago, I started my travel along the track of the graves of great tzaddikim in Poland. At abandoned Jewish cemeteries I met groups of bearded men from New York, Yerushalayim or Antwerp. Who were they and what brought them here?” said Ms. Traczewska to Hamodia. “The search for answers opened a completely new chapter in my life, filled with journeys through geography and history. Showing the continuation of Jewish life and the phenomenon of Chassidim strictly devoted to faith and tradition became my personal archaeology. At that time, I couldn’t even imagine my humble work would headline an event at the United Nations on Chassidic heritage and the victory of Jewish life. But now, that is what’s happening. I hope it will bring universal awareness of Chassidic history, which for me as a Pole is also part of my heritage, a point that I understand now more than ever.”

The event, aimed at highlighting this unique chapter in the Jewish community’s connection to Poland, is entitled, “Brachah, Blessing. Back to Polish Shtetls,” and will also include a musical tribute by noted chazzan Yaakov Lemmer.

It is being held at U.N. headquarters on Monday evening, January 28.

Mrs. Ruth Lichtenstein, Publisher of Hamodia and Founder and Director of Project Witness, commented on the significance of the event: “This exhibit symbolizes the return of Jews to Poland. The fact that throngs of Chassidim travel to the county to visit kivrei tzaddikim is itself a fascinating twist of history.”