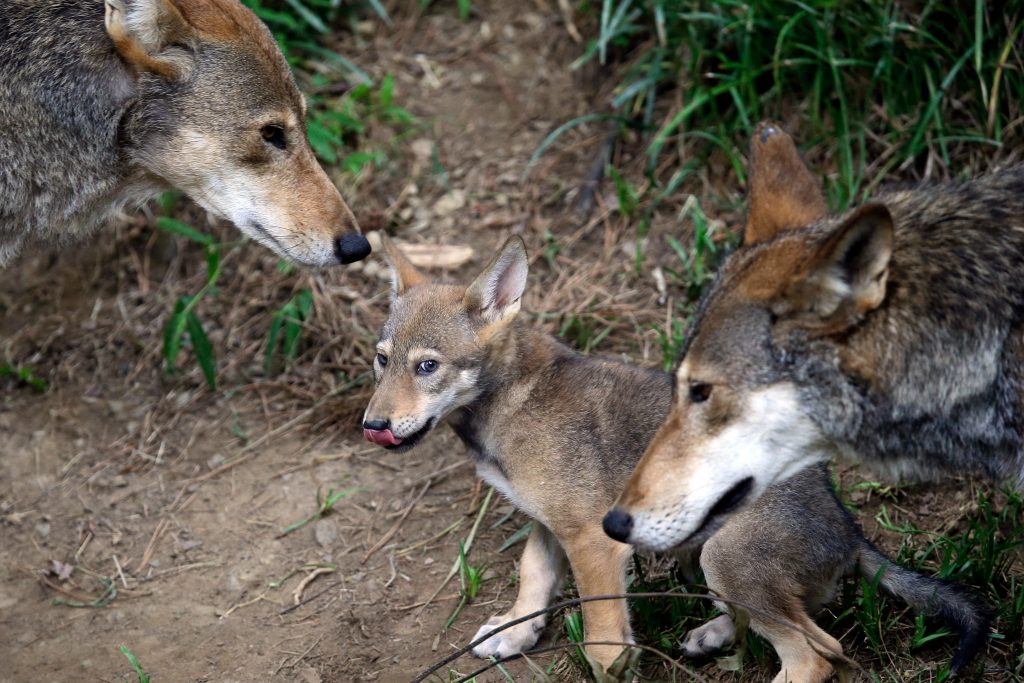 Researchers say a pack of wild canines found frolicking near the beaches of the Texas Gulf Coast carry a substantial amount of red wolf genes, a surprising discovery because the animal was declared extinct in the wild nearly 40 years ago.

The finding has led wildlife biologists and others to develop a new understanding that the red wolf DNA is remarkably resilient after decades of human hunting, loss of habitat and other factors had led the animal to near decimation.

“Overall, it’s incredibly rare to rediscover animals in a region where they were thought to be extinct and it’s even more exciting to show that a piece of an endangered genome has been preserved in the wild,” said Elizabeth Heppenheimer, a Princeton University biologist involved in the research on the pack found on Galveston Island in Texas. The work of the Princeton team was published in the scientific journal Genes.

The genetic analysis found that the Galveston canines appear to be a hybrid of red wolf and coyote, but Heppenheimer cautions that without additional testing, it’s difficult to label the animal.

Ron Sutherland, a North Carolina-based conservation scientist with the Wildlands Network, said it’s exciting to have found “this unique and fascinating medium-sized wolf.” The survival of the red wolf genes “without much help from us for the last 40 years is wonderful news,” said Sutherland, who was not involved in the Princeton study.

The discovery coincides with similar DNA findings in wild canines in southwestern Louisiana and bolsters the hopes of conservationists dismayed by the dwindling number of red wolves in North Carolina that comprised the only known pack in the wild.