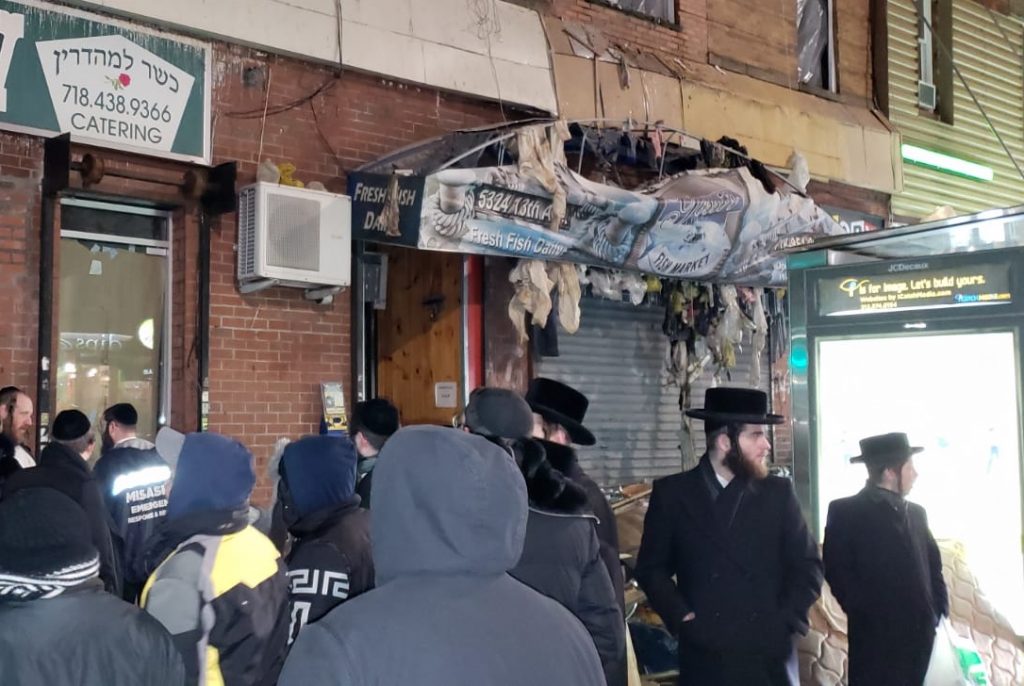 A fire broke out Shabbos afternoon on the top floor of 5324 13th Ave. in Boro Park. The building has two floors of apartments above Yossi’s Fish Market, which is on the ground floor.

There were no reported injuries, but the store suffered water damage and the six apartments were rendered uninhabitable.

Immediately after Shabbos, Alexander Rapaport, head of the nearby Masbia soup kitchen, and Simcha Eichenstein, newly elected state Assemblyman, came to the scene to assist the tenants. Rapaport opened Masbia, so that these now-homeless people could have some food and not have to stay outside in frigid temperatures. Eichenstein told the tenants, “I am not going to leave until each of you have a place to sleep tonight.” He called the American Red Cross, which provided two nights’ stay in a nearby hotel, and said he will follow up to see that the tenants are provided for.