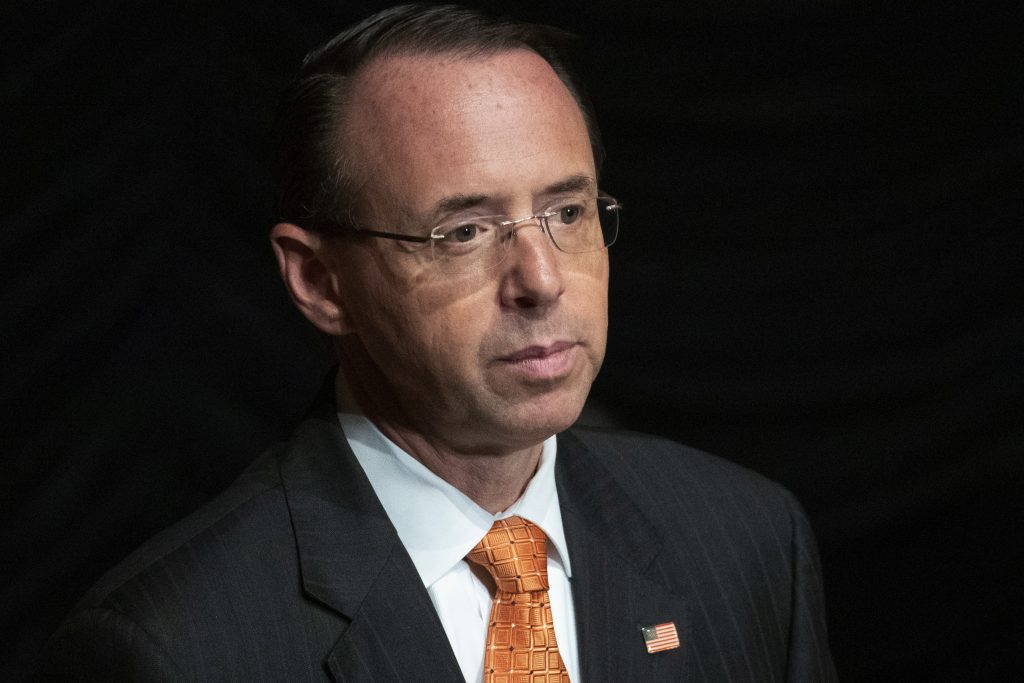 Deputy Attorney General Rod Rosenstein, who has overseen the Russian election meddling probe, is preparing to leave the Department of Justice in coming weeks as President Donald Trump’s nominee to lead the department is set to take over, a department official said on Wednesday.

Rosenstein has had oversight of the Special Counsel’s probe into alleged Russian interference in the 2016 presidential election and possible connections to Trump’s campaign. Then-Attorney General Jeff Sessions, an early Trump supporter during the presidential campaign, had recused himself.

William Barr, Trump’s pick to replace Sessions who was fired soon after the November midterm congressional elections, is set to appear for a confirmation hearing next week before the Senate Judiciary Committee, which must weigh his nomination before the full Senate considers his approval.

The official, who asked not to be named since no announcement has been made, said there is no specific plan for Rosenstein‘s departure and that he plans to leave sometime after Barr’s confirmation.

If confirmed, Barr, who was Attorney General under the late President George H.W. Bush from 1991 to 1993, would oversee the investigation led by U.S. Special Counsel Robert Mueller, a fellow Republican chosen by Rosenstein.

Barr’s nomination is likely to meet heavy scrutiny regarding the ongoing investigation, particularly from Democrats, following reports he had written a memo in June questioning the probe. Rosenstein has said the memo had no impact on the department’s work.

Rosenstein will stay on to ensure smooth transition with Barr, the official said, adding that he has seen his job as deputy as a two-year stint and is not being forced out.

Asked about Rosenstein‘s departure, first reported by ABC News, White House spokeswoman Sarah Sanders said she had not spoken to Rosenstein and would leave any announced departures to him or the president.

“Certainly, I don’t think there’s any willingness by the president or the White House to push him out,” Sanders told Fox News in an interview.

Rosenstein has stayed on under Acting Attorney General Matt Whitaker, whose controversial appointment has sparked numerous legal challenges and raised questions about what role he would play regarding the investigation.

Rosenstein has been frequently criticized by Trump, who calls the Russia investigation a “witch hunt” and denies any collusion with Moscow. Russia has also denied any election interference.

U.S. intelligence agencies have found that Russia sought to sway the 2016 presidential vote to Trump over Democratic challenger Hillary Clinton.