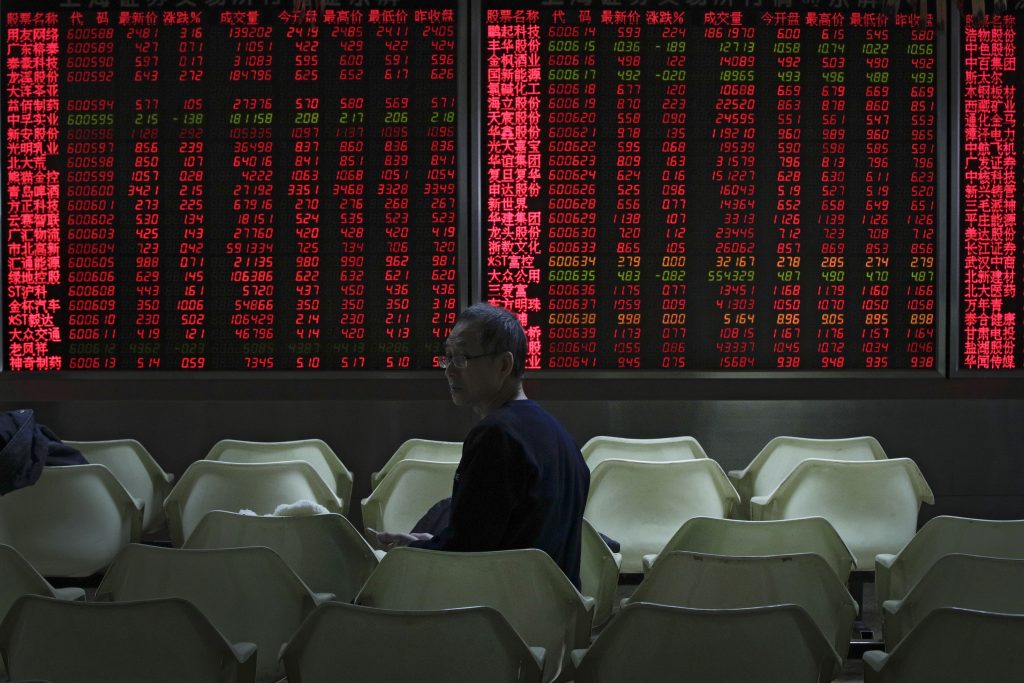 Asian shares climbed to a 3-½-week high on Wednesday and European and U.S. markets looked set to follow on growing optimism that the United States and China were inching toward a trade deal that could lift a major threat to the global economy.

MSCI’s broadest index of Asia-Pacific shares outside Japan climbed 1.5 percent after Sino-U.S. trade talks in Beijing were extended for an unscheduled third day, suggesting some progress was being made.

Chinese markets were also boosted after Beijing signalled more support for domestic spending on items from autos to home appliances.

Financial spread-betters expect London’s FTSE Frankfurt’s DAX and Paris’s CAC to gain between 1.0 and 1.1 percent when they open.

The U.S. trade delegation in Beijing is “wrapping up” meetings with Chinese officials after a “good few days”, a U.S. official said.

“I think they went just fine,” U.S. Under Secretary of Agriculture for Trade and Foreign Agricultural Affairs, Ted McKinney, said of the talks. “It’s been a good one for us,” he said without elaborating.

“Markets are scaling back some of their extreme nervousness after Federal Reserve Chairman Jerome Powell effectively did some easing, with his words. Hopes on U.S.-China trade talks are helping,” said Norihiro Fujito, chief investment strategist at Mitsubishi UFJ Morgan Stanley Securities.

But he predicted short-covering could run its course soon and added, “some sort of deals are likely to increase Chinese imports of natural gas, soybeans and so on from the U.S. Yet, it should be hard to resolve more structural issues such as intellectual property rights.”

The so-called fear-gauge, the CBOE Volatility Index, dipped to 20.09, its lowest in a month, from an 11 month-high of 36.20 touched just two weeks ago. A reading below 20 is widely considered as calm.

U.S. West Texas Intermediate (WTI) crude oil futures rose above $50 per barrel overnight for the first time in 2019. They advanced another 1.2 percent in Asian trade to $50.38.

In another sign of subsiding worries about the U.S. economic outlook, Fed funds rate futures show traders are now pricing in a small chance of a rate hike this year, a change from late last week when a rate cut was almost fully priced in.

In currency markets, the dollar was little changed against major currencies.

The dollar index, which measures the greenback against a basket of six of its peers, stood at 95.78, not far off an 11-week low of 95.638 touched on Monday.

Against the yen, the dollar gained one-tenths of a percent to 108.84 yen per dollar.

The euro edged up 0.2 percent to $1.1461, but its rebound was not big enough to recover a loss in the previous session on concerns about the slowing euro zone economy.

The drop was modest, but it underscored concerns about a slowdown and the European Central Bank’s caution as it tries to wean the region off stimulus.

China’s yuan rose to a five-week high of 6.8340 against the dollar, buoyed by trade hopes.

There was little market reaction to Trump’s prime-time televised address where he made his case that a U.S.-Mexico border wall is urgently needed, despite opposition from Democrats.

That suggests the dispute on the issue, which has sparked a government shutdown since late December and already caused some delays in the release of key U.S. economic data, is nowhere near a resolution.

“People who are buying stocks today are mainly tactical players. As the rally could be a bull trap, I would opt to wait for more positive catalysts.”