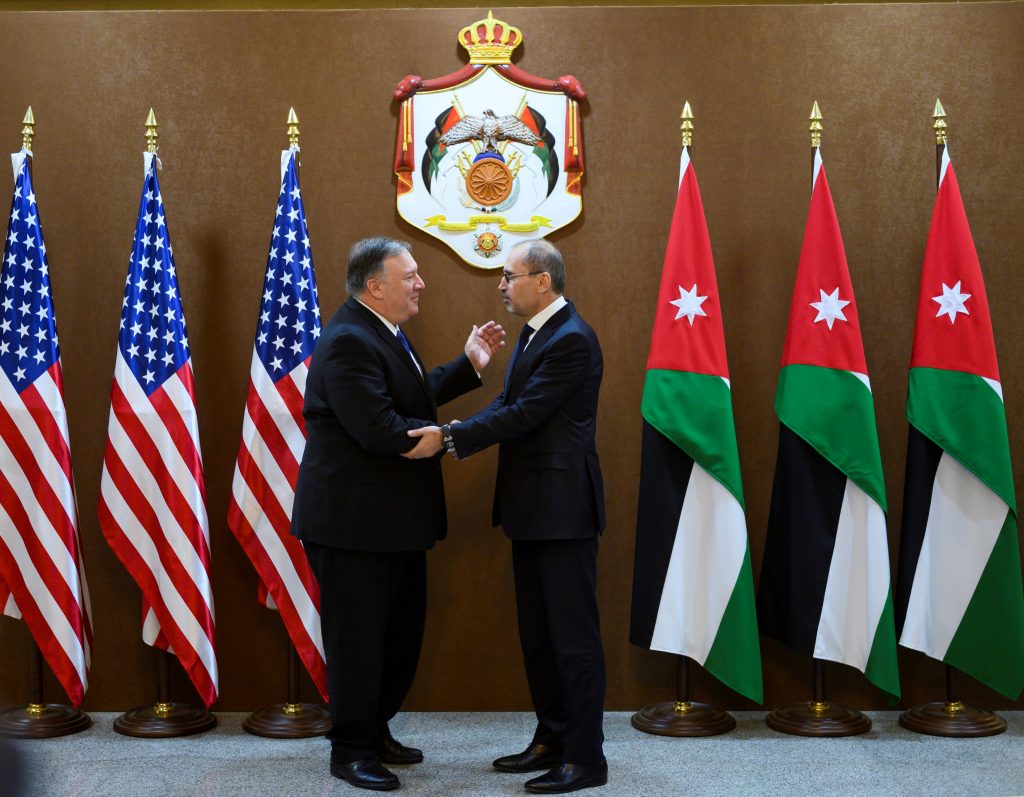 U.S. Secretary of State Mike Pompeo has begun a Mideast visit to talk to regional leaders about ramping up pressure on Iran.

The trip comes amid confusion over conflicting Trump administration statements about a planned U.S. troop withdrawal from Syria.

Pompeo’s first stop on Tuesday is pro-Western Jordan, followed by visits to Egypt and Gulf nations.

He told reporters he plans to talk to allies about “modalities by which we may continue to apply pressure” on Iran, branded by Washington a sponsor of terrorism.

He didn’t give a timeline. Asked about confusion among allies, he said: “I’ve actually spoken to them all.