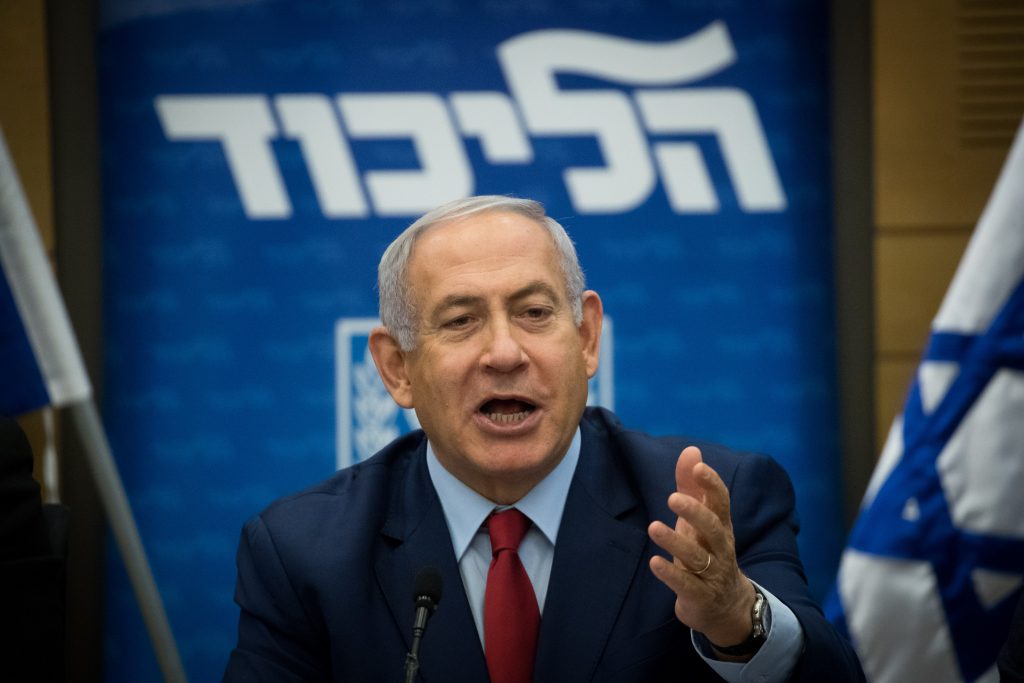 In his book Tears and Laughter in an Israeli Courtroom, Judge Schneur Zalman Cheshin describes the chaotic situation in Israel in the years prior to independence. The British constitution was in effect everywhere, as Jewish exiles from Europe struggled to face the complex reality and figure out their rights.

While Cheshin was sitting on the bench in the district court, an elderly Jew entered for a trial. Cheshin informed the defendant of his right to choose to be judged before a British court. The man responded in a rich Yiddish: “Is my issue so serious that it needs to be judged specifically by a non-Jew? I’ll manage with you.” Another Jew chose to answer with a question: “What, they have different laws?”

Indeed, when it comes to Prime Minister Netanyahu, it appears that there is another set of laws for him. The Israeli public is preparing for elections that will be held in fewer than 100 days. But hovering above it all is the unresolved issue of the prime minister’s legal woes. His longtime friend and loyalist, Attorney General Avichai Mandelblit, had not been in any hurry until now to render his friend’s fate. But now it appears that he, too, can no longer withstand the public pressure, and he is on the verge of conducting a hearing prior to announcing his decision regarding indictments.

The public pressure is also — and primarily — legal pressure. Mandelblit recently convened a group of legal experts and judges to clarify exactly how much farther he can pull the rope. It came out that the rope is already pulled far too tight; it might snap at any time. Mandelblit realized that he had no choice, and he is advancing the process of a hearing, no matter the cost. As a result, he has become the most vilified person in Israel, from both left and right. The right claims that he is ruining the way the whole election is playing out, while the left claims that he is still buying time and that he has to move faster. It has become the norm to see graffiti besmirching him, and his father’s headstone was vandalized.

Netanyahu knows that there is a lot of time from the moment the decision is publicized until the appeals in the High Court are completed, and he is trying to use that time to establish facts on the ground. He wants elections before the hearing in order to prove to the prosecution and the judges in Israel that the public has voiced its opinion and does not trust the legal system. For him, these elections are more of a referendum about his political future and his legal standing.

And Netanyahu is not going to give up so fast. He understands the significance of a hearing before elections, which will transform him in one second from a defendant to a suspect. The legal hope says that people are less inclined to vote for someone who is already classified as a suspect.

Last Motzoei Shabbos, Netanyahu publicized his opinion, and called on the Attorney General not to conduct a hearing before elections. “In a certain country in the Middle East, they met a person walking with his shoulder sewn up, and a prosthesis dangling from it. What happened? He said: ‘I was convicted in court of stealing.’ And what happened after that? ‘I was acquitted on appeal.’ Can someone give him back the hand?” asked Netanyahu, and immediately interpreted his parable: “Can someone give you back the elections?” And from here to his conclusion: “You don’t start with a hearing before elections.”

Fewer than 100 days remain to find out who will have won — the nation or the prosecution. The gut feeling is that, once again, the prosecution will try to set the agenda in Israel, but Netanyahu will probably get stronger at the ballot box, perceived as being victimized by the unpopular legal system in Israel.

Can he continue serving as prime minister even after a verdict? That is doubtful, but right now he is enjoying every minute, and mainly he is frustrating the left with his endless tenure, the longest term ever served since the days of Ben-Gurion.