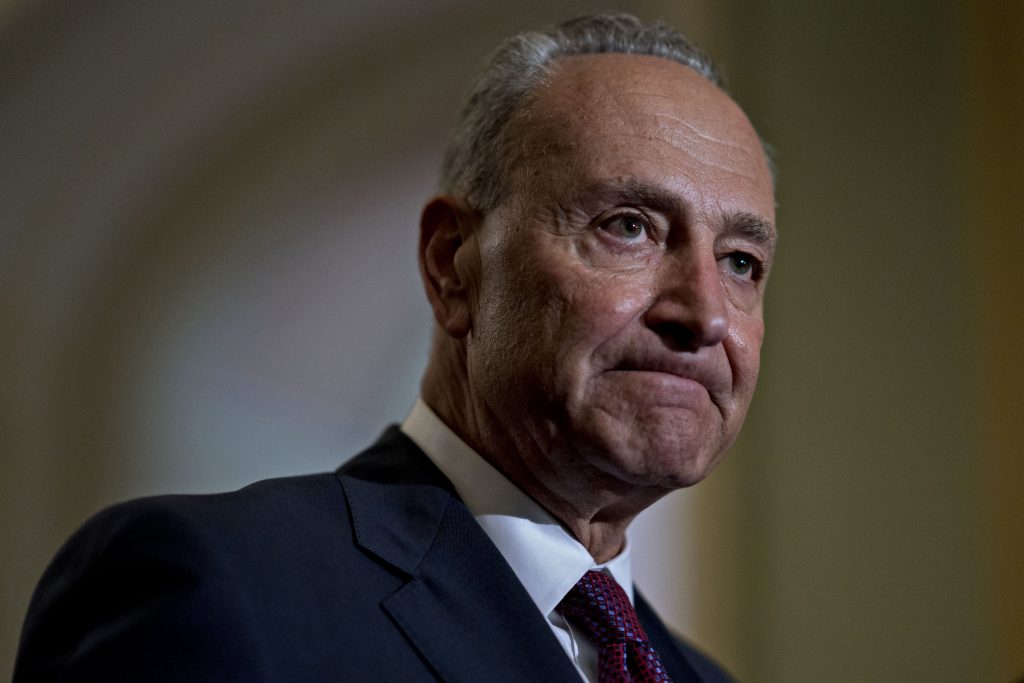 Senate Democrats are coalescing behind a strategy to block any legislation on the floor that doesn’t re-open the federal government — planning to paralyze the Senate as the partial government shutdown enters its third week with no end in sight.

Privately, Senate Minority Leader Charles Schumer, D-N.Y., has told the rest of his caucus that he would vote against advancing the first bill on the Senate floor this year, which would authorize security assistance to Israel and include provisions aimed at promoting security in the Middle East.

Democrats plan to vote against the measure to pressure Senate Majority Leader Mitch McConnell, R-Ky., to pass legislation funding the government, according to a senior Senate Democratic aide who spoke on the condition of anonymity to discuss party strategy.

House Democrats last week passed legislation that would reopen the government but deny President Donald Trump any of the money he is demanding for a new wall along the U.S.-Mexico border. But President Trump has said he will not sign the measure, and McConnell has repeatedly said the Senate won’t advance legislation the president won’t support.

A growing coalition of Senate Democrats — hailing primarily from states that have a large population of federal workers, as well as the contingent of senators eyeing presidential bids in 2020 — say the chamber should not vote on anything else until the shutdown ends. Those tactics were first proposed by Sen. Chris Van Hollen, D-Md.

“The Senate should vote on nothing else until we vote to reopen the government. Period,” Sen. Tim Kaine, D-Va., tweeted on Monday. “This shutdown is squeezing the finances of so many Americans, including thousands of federal workers who live in Virginia. As leaders, we can’t just whistle past the graveyard of this crisis.”

The shift toward a more confrontational strategy comes as the Trump administration and congressional Democratic leaders made little headway toward resolving the shutdown that has shuttered key government functions in the areas of taxes, housing policies and patrolling national parks.

President Trump has refused to budge from his demand for Congress to approve more than $5 billion in border wall funding in an attempt to fulfill his long-held campaign promise — although he pledged during his presidential run that Mexico would pay for it. Democratic leaders have offered $1.3 billion for bolstering border security more broadly, rather than a wall.

They are also backed up by key liberal outside groups, including the Center for American Progress, Indivisible and the AFL-CIO, although this strategy hasn’t been backed caucus-wide.