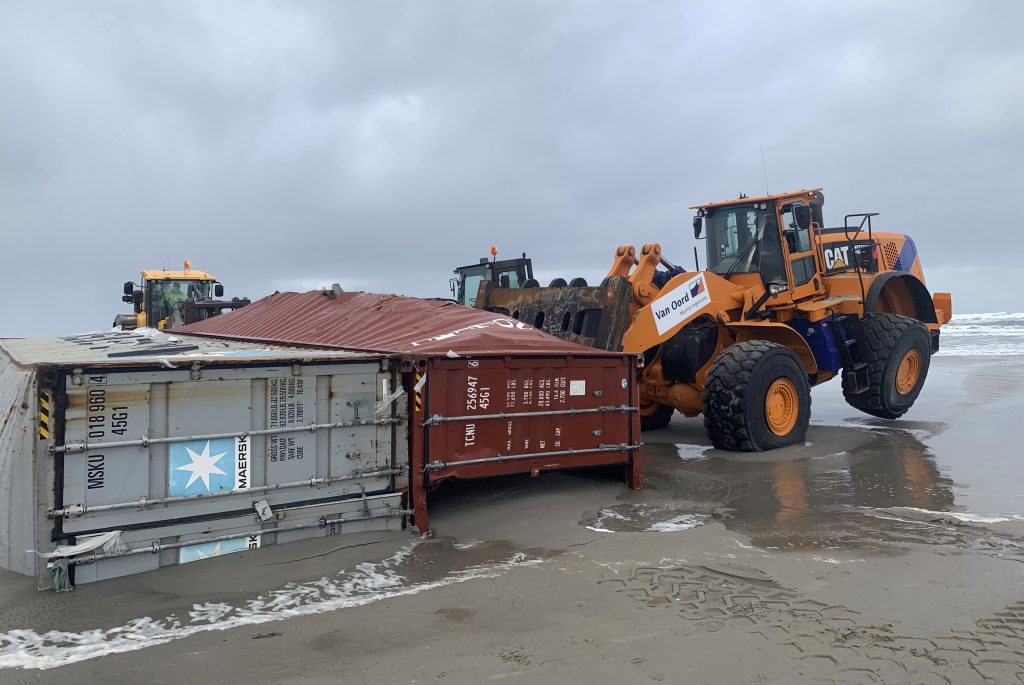 Cargo lost by a container ship in a North Sea storm has started washing up on a German island, while soldiers have arrived to help clean up beaches on Dutch islands further west.

The MSC Zoe lost more than 270 containers earlier this week as it sailed from Portugal to the German port of Bremerhaven. German authorities say two of the containers contained dangerous substances: organic peroxide in one case and lithium-ion batteries in the other.

Germany’s Central Command for Maritime Emergencies said Friday that electronic screens and packaging have now washed up on the German island of Borkum, after large quantities of goods came ashore in the Netherlands. The Dutch military sent troops Friday to help clear beaches.