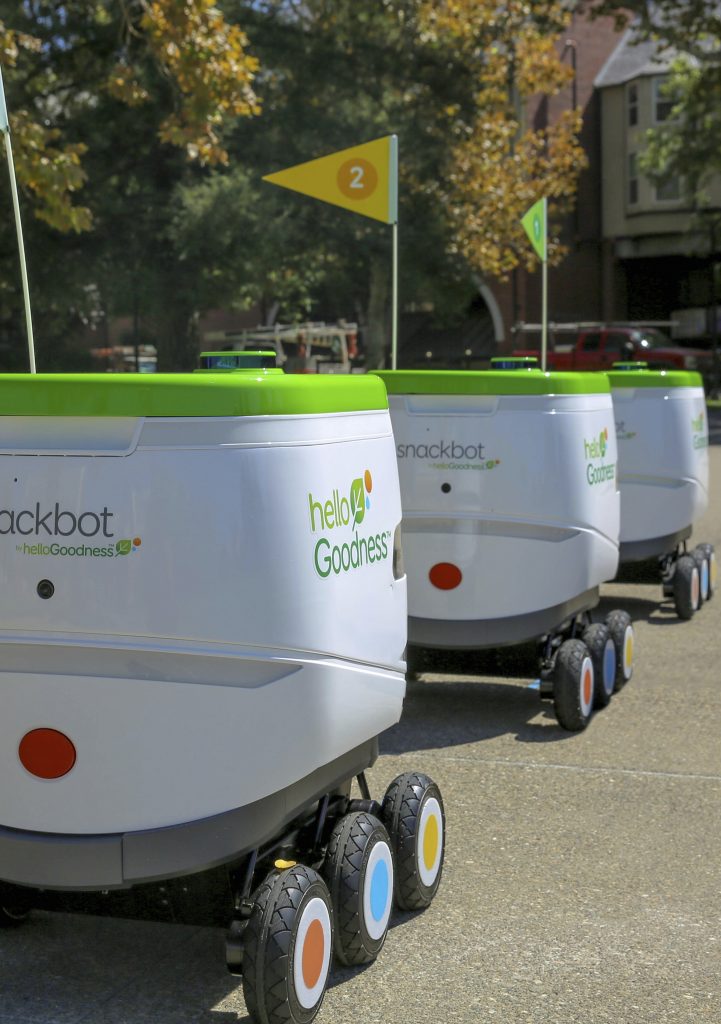 The chip and beverage maker says it will start making deliveries with self-driving robots on Thursday at the University of the Pacific in Stockton, California. Students will be able to order Baked Lay’s, SunChips or Bubly sparkling water on an app, and then meet the six-wheeled robot at more than 50 locations on campus.

Other companies have been using self-driving vehicles to deliver food. Last month, supermarket operator Kroger announced it would start delivering groceries in a driverless vehicle from a store in Scottsdale, Arizona.

The robots used at the University of the Pacific will move at speeds of up to 6 miles per hour, according to Robby Technologies, which makes the robots. Three workers on the campus will be refilling the robots with food and drinks and replacing the batteries with recharged ones when they go dead.

At first three robots will be used, but then grow to a fleet of five over time. The robots, which weigh 80 pounds and are less than 3 feet tall, drive on their own and stop when someone is in front of them, Robby says.

PepsiCo says it’s testing this way to deliver its snacks because more of its customers want a convenient way to buy them on their phones.