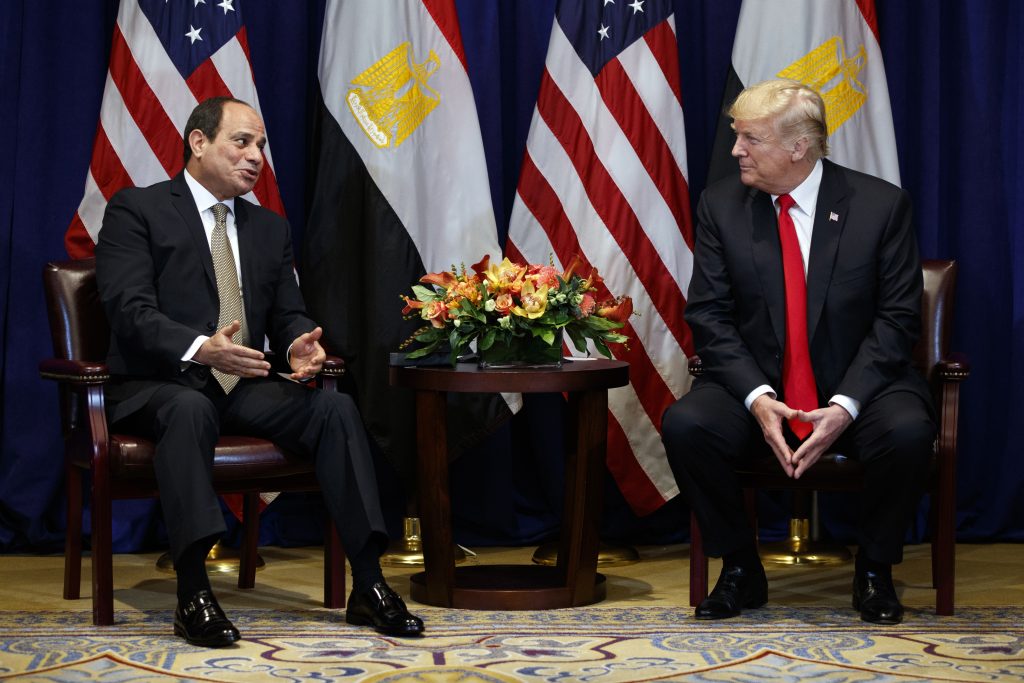 Egyptian President Abdel-Fattah el-Sisi discussed the stability of the Middle East with U.S. President Donald Trump in a phone call on Tuesday night, a spokesman for the Egyptian presidency said.

They discussed Egypt’s efforts in fighting terrorism, and the importance of continuing coordination and cooperation with the United States to support these efforts, the spokesman added.