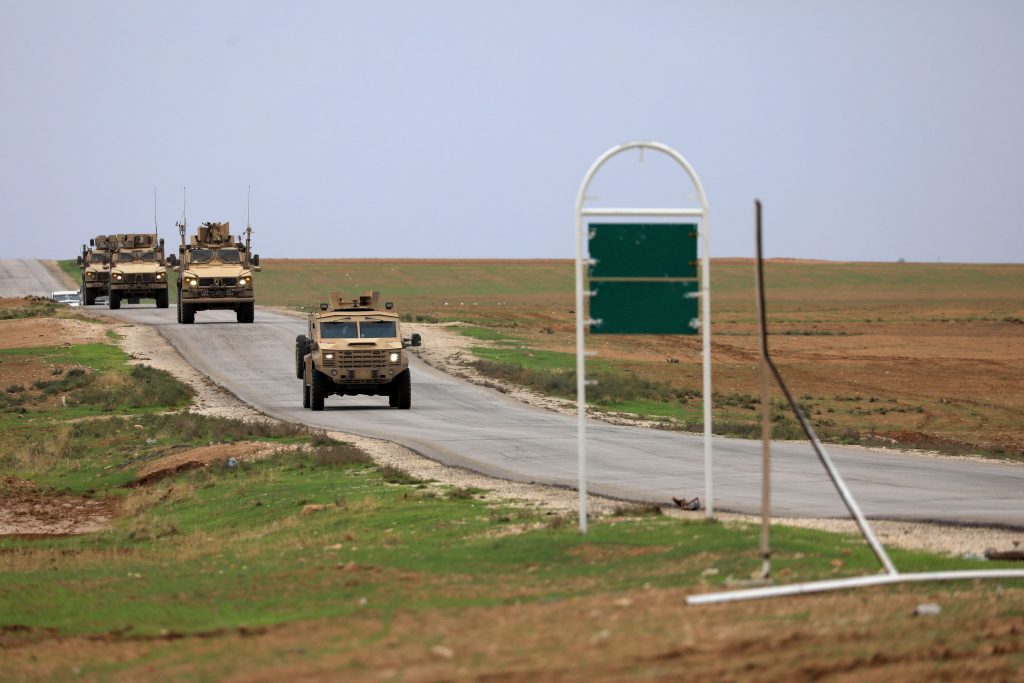 President Donald Trump complained on Monday that he’s getting “bad press” for his decision to pull American troops out of Syria, saying he’s making good on his campaign promise against U.S. involvement in “never-ending wars.”

Earlier this month, Trump abruptly announced that he was withdrawing 2,000 U.S. troops from Syria. He said Islamic State terrorists are “mostly gone” and he’s “slowly” sending American servicemen and women back to their families. A drawdown of troops in Afghanistan also appeared to be in the works.

The decision was roundly criticized by his national security advisers and Democratic and Republican lawmakers. It prompted Defense Secretary Jim Mattis to step down. Senate Majority Leader Mitch McConnell, R-Ky., signed on to a letter with other GOP senators urging Trump to reconsider.

“I am the only person in America who could say that ‘I’m bringing our great troops back home, with victory,’ and get BAD press,” Trump tweeted Monday. “It is Fake News and Pundits who have FAILED for years that are doing the complaining. If I stayed in Endless Wars forever, they would still be unhappy!”

Sen. Lindsey Graham, R-S.C., a Trump backer and leading voice on national security and foreign affairs on Capitol Hill, had lunch with the president on Sunday and emerged from the White House saying that Trump was slowing down the withdrawal from Syria.

“I think we’re in a pause situation,” Graham said. It was unclear if he meant that the troop withdrawal was actually being paused, or if Graham was echoing Trump’s promise for a “strong, deliberate and orderly withdrawal of U.S. forces from Syria.”

“I think we’re slowing things down in a smart way,” Graham said, adding that Trump was very aware of the plight of the Kurds.

Trump on Monday reiterated that he was slowly withdrawing troops.

“If anybody but Donald Trump did what I did in Syria, which was an ISIS loaded mess when I became President, they would be a national hero. ISIS is mostly gone, we’re slowly sending our troops back home to be with their families, while at the same time fighting ISIS remnants,” Trump tweeted.

“I campaigned on getting out of Syria and other places. Now when I start getting out, the Fake News Media, or some failed Generals who were unable to do the job before I arrived, like to complain about me & my tactics, which are working. Just doing what I said I was going to do!”

His latest tweet seemed aimed at rebutting comments by Stanley McChrystal, a retired U.S. Army four-star general who commanded the Joint Special Operations Command in the mid-2000s and formerly commanded U.S. and coalition forces in Afghanistan.

“If you pull American influence out, you’re likely to have greater instability, and of course it’ll be much more difficult for the United States to try to push events in any direction. There is an argument that says we just pull up our stuff, go home, let the region run itself. That has not done well for the last 50 or 60 years,” McChrystal said Sunday on ABC.

Critics also had contended that the U.S. withdrawal would embolden Iran and Russia, which have supported the government of Syrian President Bashar al-Assad.

National security adviser John Bolton was expected to travel to Israel and Turkey next weekend to discuss the president’s plans with the American allies.

Graham said Sunday on CNN that he doesn’t want the president to turn Syria over to Iran. “That’s a nightmare for Israel,” he said.

“And, at the end of the day, if we leave the Kurds and abandon them and they get slaughtered, who’s going to help” the U.S. in the future? “I want to fight the war in the enemy’s backyard, not ours. That’s why we need a forward-deployed force in Iraq and Syria and Afghanistan for a while to come.”