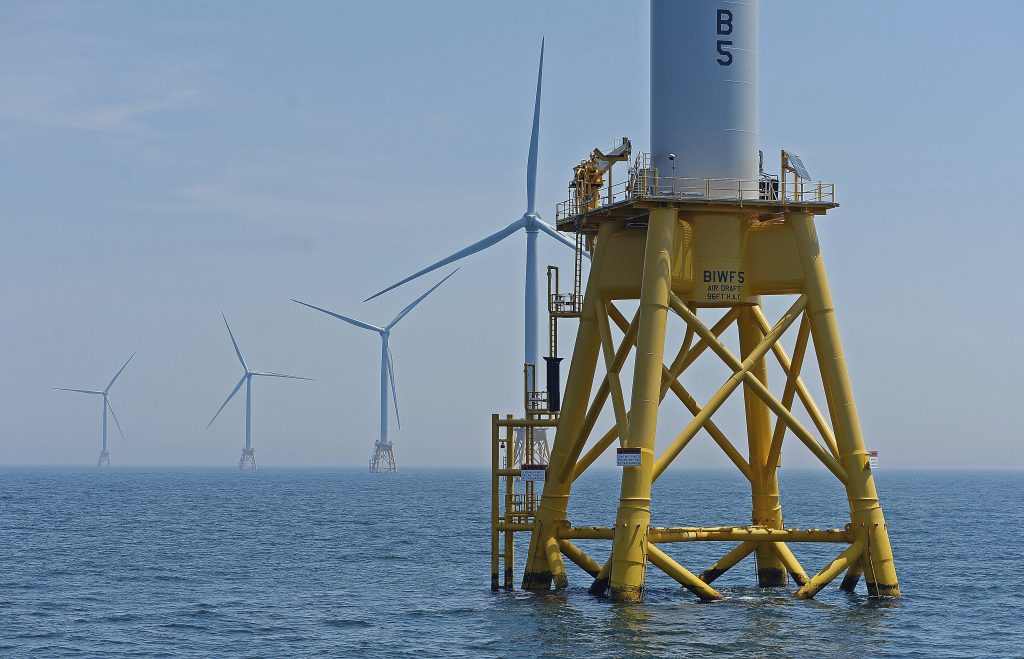 At least three firms are interested in building offshore wind energy projects off the coast of New Jersey.

The state Board of Public Utilities said Monday it received three bids Friday from firms interested in building wind projects, but would not identify any of them.

A Danish wind company, Ørsted, said it submitted one of the bids.

The state is seeking companies to build projects that would generate at least 1,100 megawatts of electricity. Ørsted estimates that amount could power more than half a million homes. Gov. Phil Murphy has made wind energy a priority and hopes to have 3,500 megawatts in place off the state’s coastline within the next 11 years.

Another company, Atlantic Shores Offshore Wind, says it’s interested in developing a project that could provide up to 2,500 megawatts. The firm, which is a joint venture between Shell and EDF Renewables North America, confirmed Monday that it applied as well.

“Today is an important milestone in the state’s desire to build out its renewable energy portfolio,” said Thomas Brostrom, CEO of Ørsted U.S. Offshore Wind and president of Ørsted North America. “As the global leader in the development of offshore wind, we are confident in our ability to deliver a comprehensive, competitive project that will help Gov. Murphy achieve his goal of 3,500 megawatts of offshore wind by 2030, while boosting the economy and creating jobs.”

Its proposed Ocean Wind project would be built 15 miles off Atlantic City.

Ørsted said it built the world’s first wind farm in the North Sea in 1991. It operates the Block Island Wind Farm off Rhode Island, which is America’s first offshore wind farm.

A third firm, Norway-based Equinor, has said it is developing an offshore wind project in New Jersey that it calls “Boardwalk Wind.” Company officials could not be reached Monday to confirm whether Equinor filed an application, but the company has spoken extensively in recent months about its interest in doing a wind energy project in the state, and it won a federal auction for an offshore lease site off New Jersey and Long Island, New York.

Equinor was formerly known as Statoil.