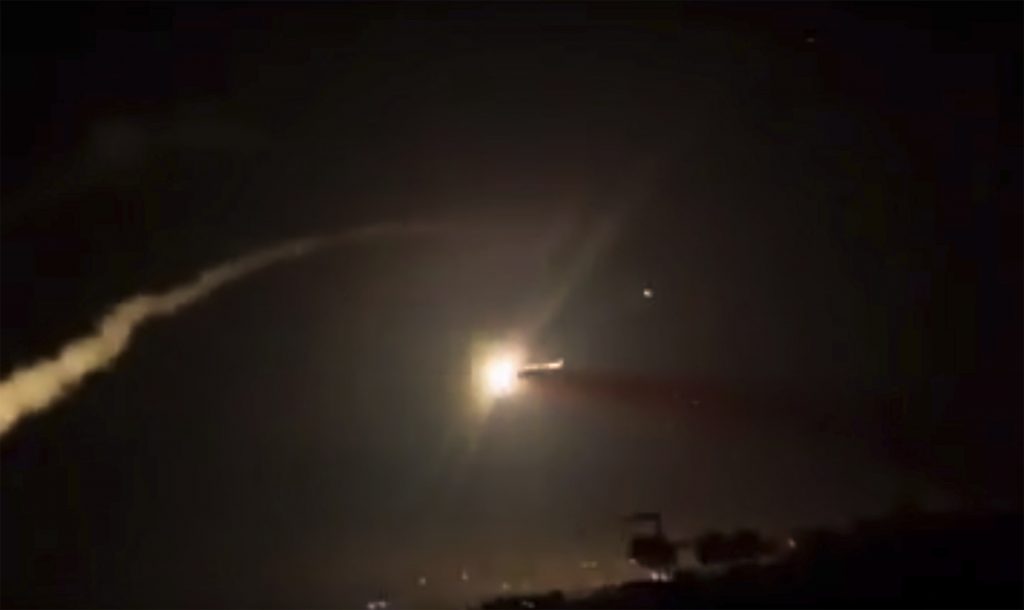 Lebanese sources on Wednesday afternoon denied previous reports by American officials that Israel had injured or killed top Hezbollah terrorists in its operation near Damascus Tuesday night. The Al-Medean newspaper quoted Hezbollah sources as saying that “the Syrian defense system were able to withstand the aggression in the rural areas west of Damascus. Israeli media sources said that Israel had fired a defensive missile at a rocket that was fired at Hadera. The Israeli sources also reported that Hezbollah leaders were injured or killed in this attack, but that is incorrect.”

The report quoted the Syrian news agency Sana as saying that “Syrian air defenses provided the proper response and destroyed over the skies of Damascus the hostile missiles. The attack was conducted from the territory of Lebanon. Several targets were hit.”

Russia, meanwhile, said that the Israeli operation “endangered two civilian aircraft” that were flying near the Damascus airport Tuesday night. In a statement, Moscow confirmed Syria’s claims that it had repelled the Israeli attack, saying that Syrian anti-missile defense systems destroyed 14 to 16 Israeli missiles before they could fall.

According to reports, Israeli planes carried out a major bombing mission in southern Syria overnight Tuesday. Sources quoted in Newsweek said that among the targets of the Israeli bombing were several leaders of Hezbollah. The magazine quoted a Department of Defense source, which received the information from senior Israeli military officials. Several Israeli media sources also reported that senior Hezbollah terrorists had been killed in the attack. The Israeli sources quoted a Lebanese media, Lebanon Al-Jadid, which said that the Hezbollah delegation had arrived in Damascus earlier Tuesday, and were on their way to the Damascus airport, where they were to board a plane for Iran to participate in the funeral of a top Iranian official.

Besides the Hezbollah delegation, Newsweek said, the Israeli planes also targeted several Iranian weapons depots. According to the report, the depots “contained valuable, GPS-guided ammunition from 2017, some of the best available to the Iranian army and Hezbollah.” According to Reuters, three Syrian soldiers were wounded in the attacks.

Israel has not commented on the attacks nor taken responsibility for them, but the IDF said that Syria had apparently fired a missile at Israel, after loud noises were also heard Tuesday night in the area of Hadera, Caesarea and Zichron Yaakov. In a statement, the IDF said that Israel had activated its air-defense system activated against an anti-air missile launched from Syria. There were no damage or casualties to Israeli forces or civilians.”