National Trump: ‘I Do’ Have Confidence in Treasury Secretary Mnuchin
National 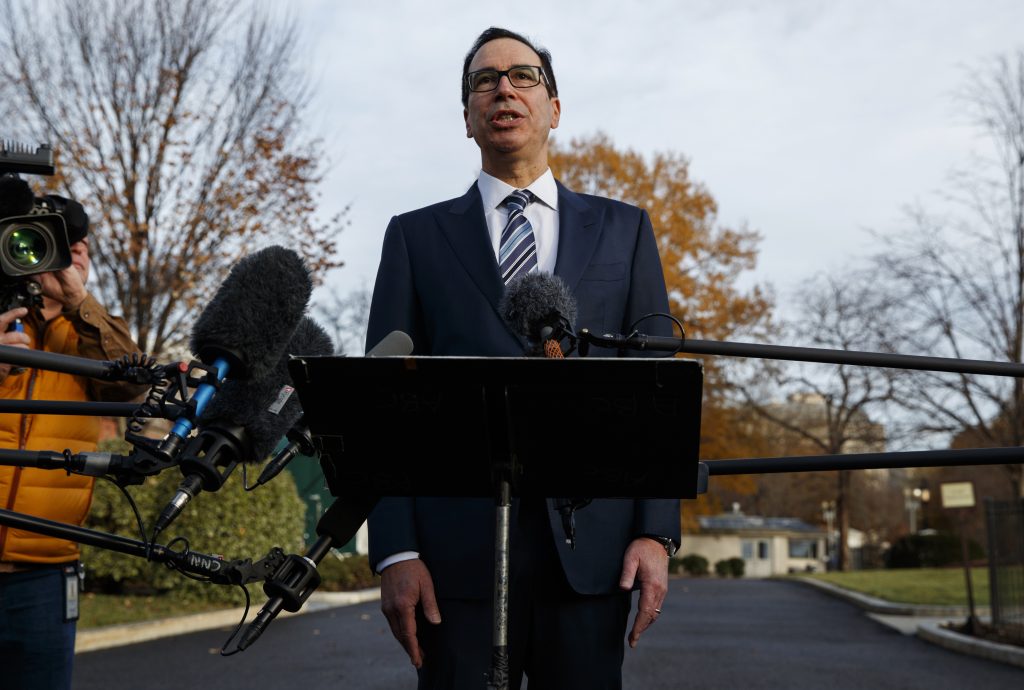 Trump reiterated his view that the Federal Reserve is raising interest rates too fast but called the independent agency’s rate hikes a “form of safety” for an economy doing well.

The president lashed out at the Fed on Monday after administration officials spent the weekend trying to assure financial markets that Fed chairman Jerome Powell’s job was safe.

Trump expressed displeasure with the Fed after Mnuchin tweeted that Powell’s job was safe. Mnuchin also tweeted that he had checked with the heads of the six largest U.S. banks to ensure they had enough liquidity to operate in a stock market that has tumbled sharply since October.