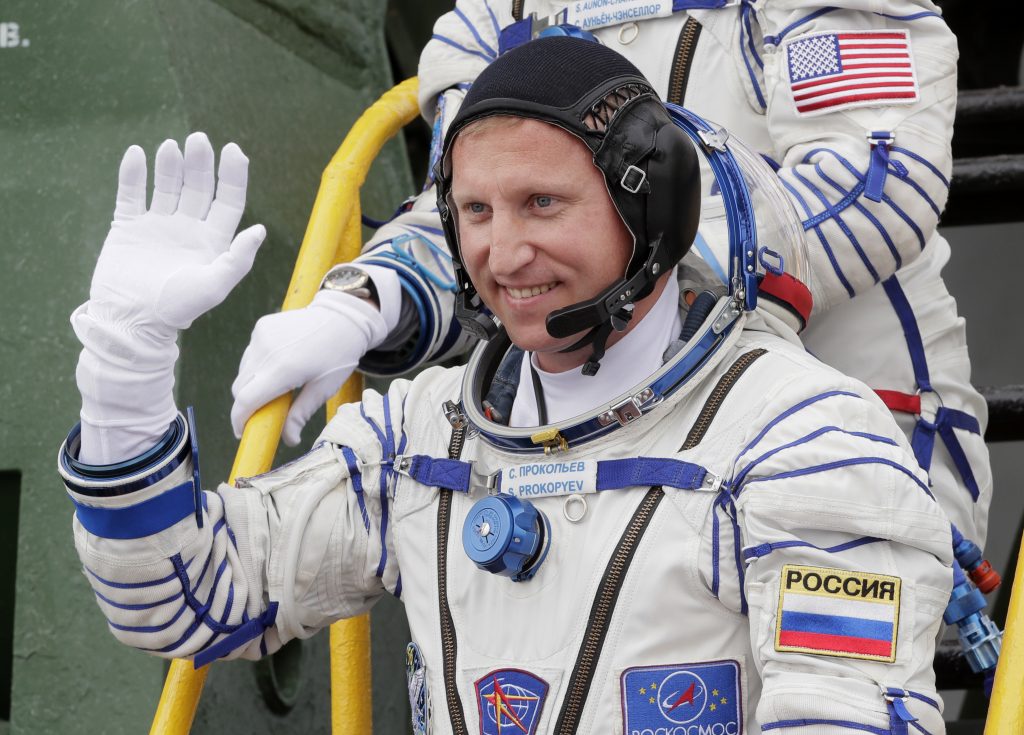 A Russian cosmonaut who explored a mysterious hole in a capsule docked to the International Space Station said Monday that the opening was drilled from inside the spacecraft and Russian law enforcement agencies are investigating what caused it.

Sergei Prokopyev said investigators were looking at samples he and crewmate Oleg Kononenko collected during a Dec. 12 spacewalk. Prokopyev and two other astronauts returned to Earth last week from a 197-day space station mission.

The hole in the Russian Soyuz spacecraft attached to the station was spotted on Aug. 30. The crew discovered a leak that was creating a slight loss of pressure and plugged the hole with epoxy and gauze.

Prokopyev said at a news conference the cavity started from the capsule’s interior and “it’s up to the investigative organs to judge when that hole was made.”

The astronauts’ quick identification and repair of the hole demonstrated “the crew was ready for any developments,” he said.

The hole didn’t pose a danger to Prokopyev and crewmates Serena Aunon-Chancellor of NASA and Alexander Gerst of the European Space Agency during their return because the section of the capsule it appeared on was jettisoned before the fiery re-entry into Earth’s atmosphere.

Roscosmos chief Dmitry Rogozin said in September the hole could have been drilled when the capsule was manufactured or in orbit. Rogozin stopped short of blaming crew members, but the statement has caused some friction between Roscosmos and NASA.

Rogozin has since back-pedaled from the statement, blaming the news media for twisting his words.

Prokopyev scoffed at the idea the hole could have been drilled by an astronaut, saying, “You shouldn’t think so badly of our crew.”