National ‘Justice’ is Merriam-Webster’s Word of the Year
National 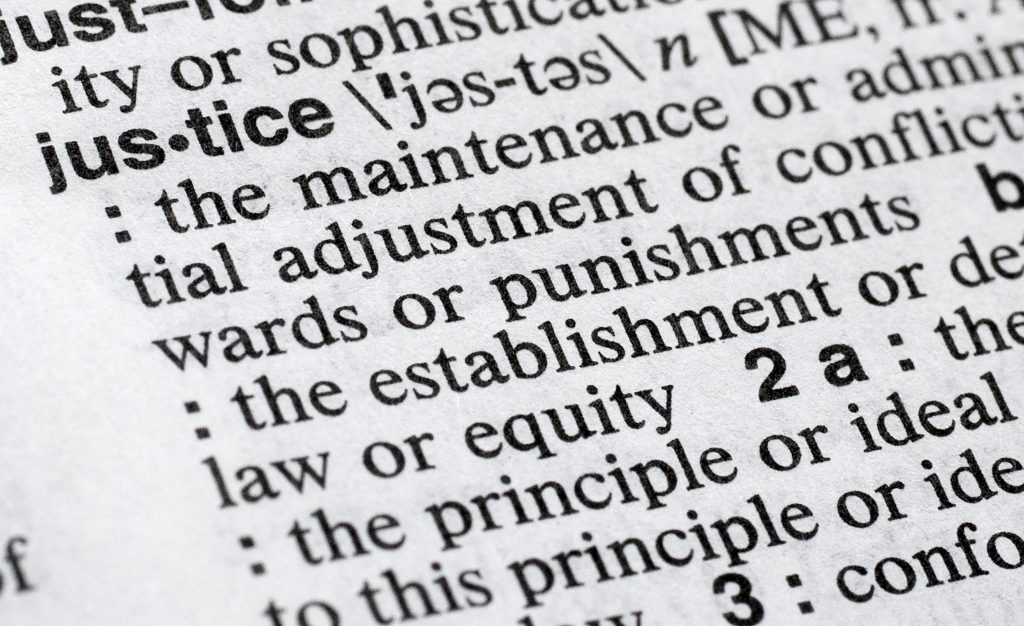 Racial justice. Obstruction of justice. Social justice. The Justice Department. Merriam-Webster has chosen “justice” as its 2018 word of the year, driven by the churning news cycle over months and months.

The word follows “toxic,” picked by Oxford Dictionaries, and “misinformation,” plucked by Dictonary.com.

Peter Sokolowski, Merriam-Webster’s editor at large, told The Associated Press ahead of Monday’s announcement that “justice” consistently bubbled into the top 20 or 30 lookups on the company’s website, spiking at times due to specific events but also skating close to the surface for much of the year.

While it’s one of those common words people likely know how to spell and use correctly in a sentence, Sokolowski pointed to other reasons that drive search traffic. Among them is an attempt to focus a train of thought around a philosophical problem, or to seek aspirational motivation. Such well-known words are often among the most looked up every year, including those that are slightly abstract, including “love,” he said.

The designation for “justice” came soon after President Trump’s one-time fixer, Michael Cohen, was sentenced to three years in prison for crimes that included arranging the payment of hush money to conceal potentially damaging information. He told a judge he agreed time and again to cover up for Trump out of “blind loyalty.”

It also came ahead of a Senate vote on the “First Step Act,” a criminal justice reform bill with broad bipartisan support. Earlier in the year, Kim Kardashian West not once but twice paid a White House visit on Trump to discuss prison and sentencing reform. Sentencing for drug crimes, treatment for opioid addiction, a Tesla probe, the Mueller investigation into the Trump campaign: Justice will remain top of mind into the new year.

“These are stories that connect to the culture and to society across races, across classes,” Sokolowski said. “We get this word that filters in.”

Often, when Trump tweets about the Department of Justice, he uses simply “Justice.” On Aug. 1, when he tweeted his wish for then-Attorney General Jeff Sessions to stop the Mueller investigation, searches spiked significantly. Trump referred to “obstruction of justice,” a separate entry on the Merriam-Webster site, prompting a lookup increase of 900 percent over the same date the year before.

Searches for “justice” throughout the year, when compared to 2017, were up 74 percent on the site that has more than 100 million page views a month and nearly half a million entries, Sokolowski said. To be word of the year worthy, an entry has to show both a high volume of traffic and a significant year-over-year increase in lookups — as opposed to, say, a word that merely buzzed or felt lofty, he said.

“We are not editorializing. We looked at our data and we were ourselves surprised by this word,” Sokolowski said. “This is a word that people have been thinking about for this entire year.”

The word “justice” comes from Latin, unlike a lot of the more emotional words that rose in Old English. Old English did have “law,” ”fair” and “right,” but never “justice,” in reference to a system of laws.

“It’s not a coincidence that it comes from the 12th century, which immediately follows the Norman conquest. When the Normans invaded England they brought their language, Old French, which was basically the then-modern version of Latin. They brought their system of government and laws and imposed them on the people they conquered, and that’s why all of the legal language in English today is Latin, just like the word justice,” Sokolowski explained. “It took the imposition of a system of laws to bring us the word justice.”

One rule breaker: “witness,” a word with a purely Old English start.