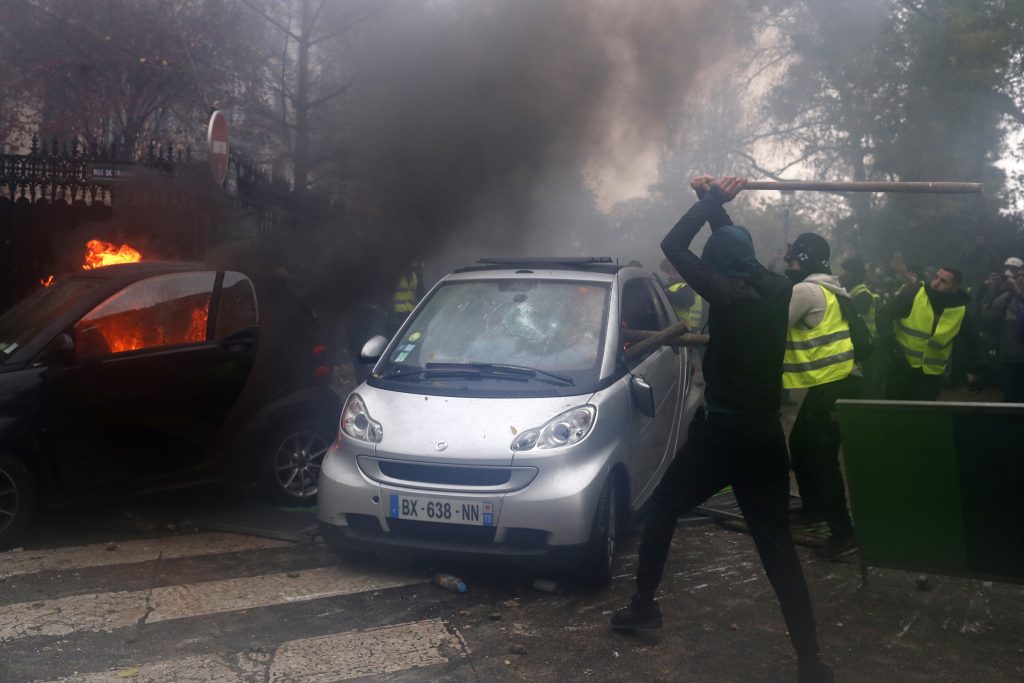 Paris police said Sunday that 133 people have been injured and 412 have been arrested during France’s worst urban riot in years.

Police said that those injured during Saturday’s protest included 23 police officers. They say 378 of the arrested have been put in police custody after the violence that tore apart parts of central Paris.

A protest against rising taxes and the high cost of living turned into a riot in the French capital, as activists wearing yellow jackets torched cars, smashed windows, looted stores and tagged the Arc de Triomphe with multi-colored graffiti.

French President Emmanuel Macron will hold an emergency meeting on security with the prime minister and the interior minister later Sunday. He has vowed that those responsible for the violence will pay for their actions.