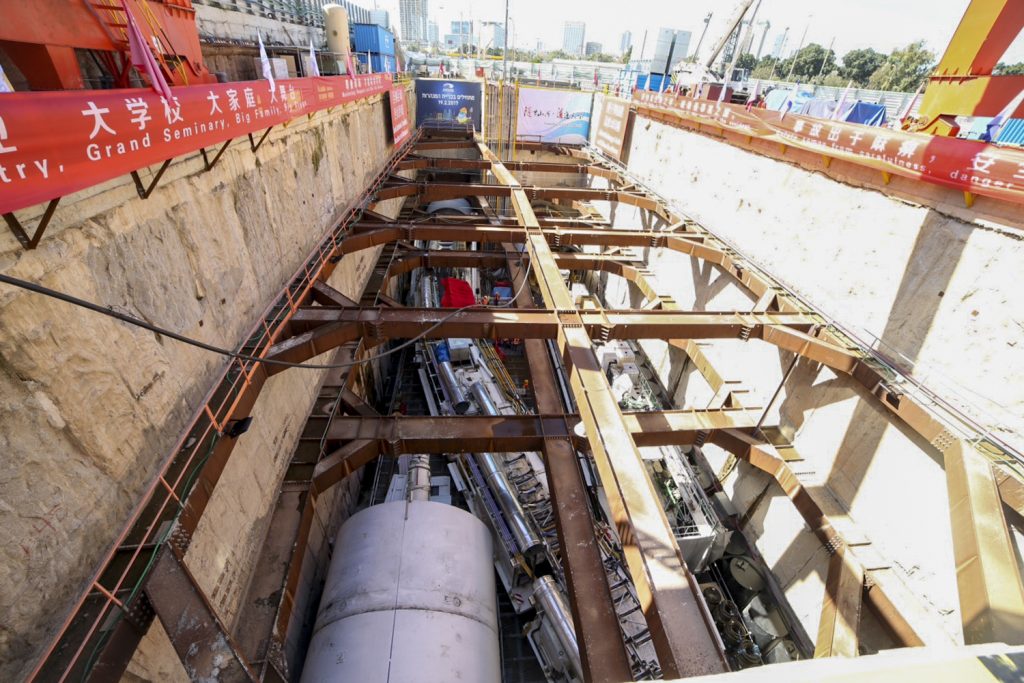 After the Transportation Ministry expropriated some of the area of Bnei Brak in order to stop the municipality from being able to claim chillul Shabbos during the construction work, the Bnei Brak Mayor Rabbi Avraham Rubinstein said that the city “will battle with any legal force available in order to ensure Shabbos will not be desecrated, challilah, in the city.”

Several months ago, tens of thousands of Bnei Brak residents took part in an atzeres tefillah, in protest of the ongoing chillul Shabbos and chillul Yamim Tovim in Bnei Brak by the contractors building the light rail for the Tel Aviv region.

The contracting company has thus far ignored the many requests from Bnei Brak to cancel all work on Shabbos.

The city has received legal advice that the move of the Transportation Ministry is indeed illegal, and they will use every legal right to guard their rights not to have chillul Shabbos in their city.

The main construction taking place in Bnei Brak at this point is the boring of a subway tunnel under Jabotinsky Street, a main thoroughfare that connects Petach Tikvah, Bnei Brak, Ramat Gan and Tel Aviv. The municipality has several times asked that work not take place on Shabbos, but NTA Metropolitan Mass Transit System, the firm building the Tel Aviv light rail system, claims that the work of boring the tunnel must continue around the clock, lest part of the uncompleted tunnel collapse, endangering the lives of the people above.

The Tel Aviv Metropolitan Area Mass-Transit System is scheduled to open in 2021 and includes a light rail that will ferry passengers throughout the greater Tel Aviv area.