Community Dedication of Ezras Nashim at the Gerrer Shtiebel in S.I.
Community 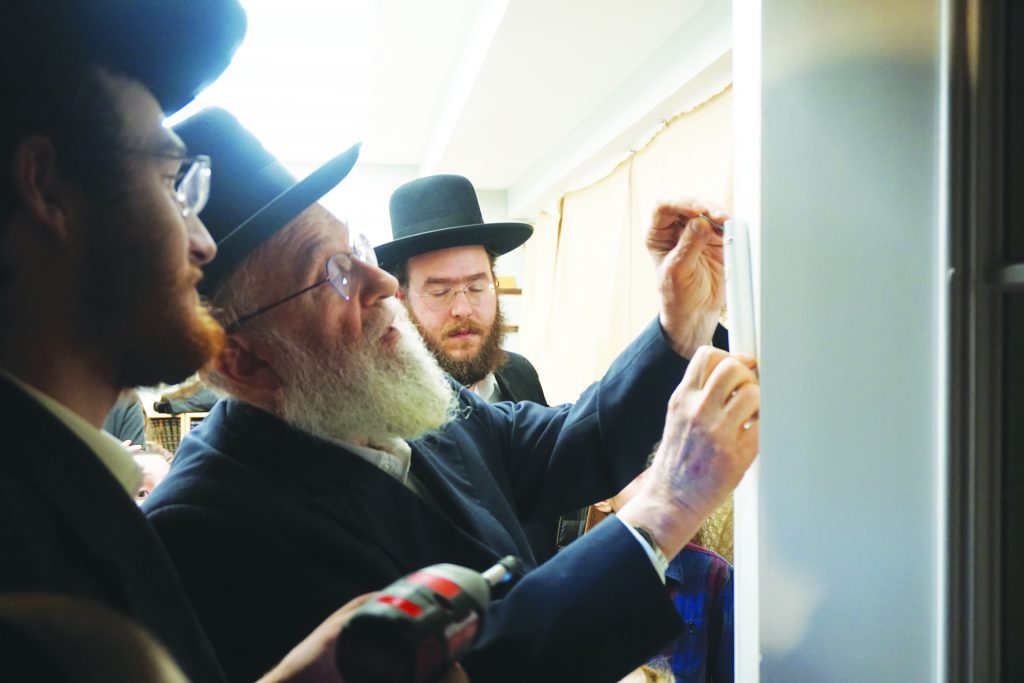 The Gerrer community of Staten Island celebrated one year in their new shtiebel with the dedication of the Ohel Rivka ezras nashim which was donated by Mr. Yisrael Aryeh Werdyger, in memory of his wife Rivka Werdyger, a”h, an unforgettable baalas chessed.&

Men, women and children gathered in the shtiebel on Sunday, November 25, to celebrate this milestone.&

Mr. Werdyger affixed the mezuzah and his son, Mr. Mayer Werdyger, spoke of his mother’s tremendous chessed and encouraged the attendees to continue in her ways and seek to do chessed with each other.

The Rav of the Gerrer kehillah of Boro Park, Harav Moshe Foigel, discussed what a Gerrer shtiebel means, and stressed the importance of not speaking during davening, and of inquiring about the needs of our fellow mispallelim.

Rabbi Yisroel Yosef Rottenberg, Maggid Shiur of the Daf Hayomi shiur at the Gerrer shtiebel, made a siyum on Maseches Menachos.