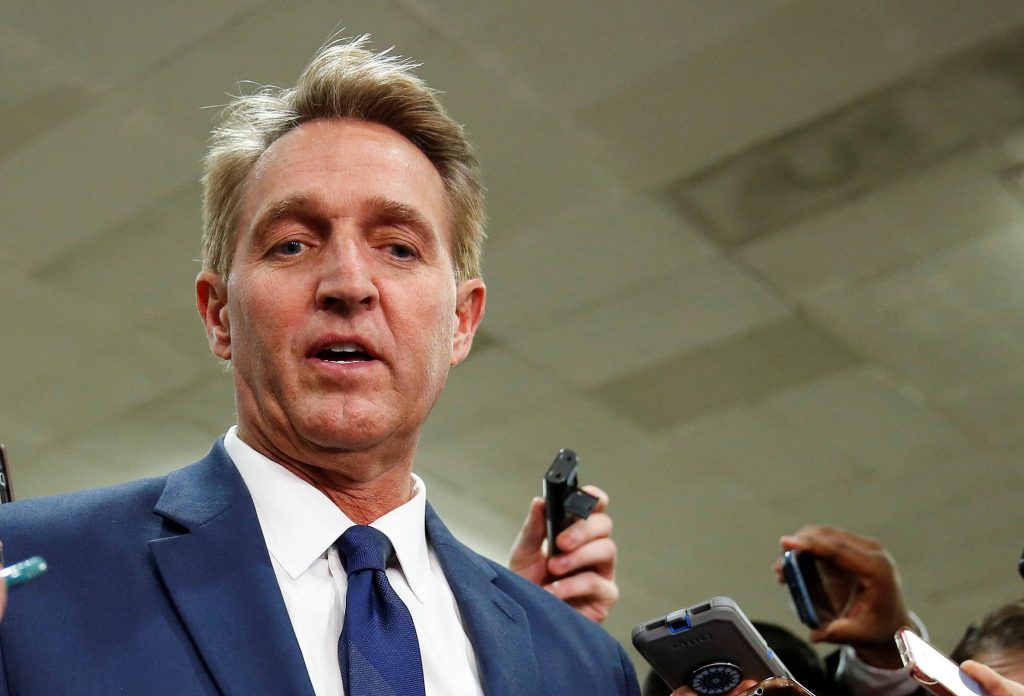 Legislation to protect the special counsel’s office probe into possible Russian election interference stalled in the U.S. Senate on Wednesday, spurring Republican Senator Jeff Flake to make good on his threat of opposing judicial nominations until the bill moves forward.

Fellow Republican Vice President Mike Pence was called in as president of the Senate to break a tie vote on confirming Thomas Farr as a U.S. district judge in North Carolina, after Flake voted no.

Flake is a strong advocate for the protection bill, known as the Special Counsel Independence and Integrity Act, which would make it harder for President Donald Trump to undermine the investigation of Russian meddling in the 2016 presidential election.

The measure has already been approved at the committee level with support from both parties.

Trump has called Special Counsel Robert Mueller’s probe, which is also looking into possible collusion between Moscow and Trump’s 2016 presidential campaign, a witch hunt. Russia denies interfering in the 2016 election and Trump has denied any collusion occurred.

Speaking to reporters earlier on Wednesday, Flake, who is retiring soon, said he believed the bill could pass but that he had been told “somebody will block it.”

“So my commitment to not vote for judges before the committee or on the floor until we get this done stands,” Flake said.

Shortly after, Republican Senator Mike Lee took to the floor to block the bill, saying it goes against the U.S. Constitution and gives the special counsel’s office too much power, “creating a de facto fourth branch of government.”

Flake in turn put the Farr nomination in jeopardy, creating a tie with his vote.

Senate Republican leader Mitch McConnell had said on Tuesday he would “probably” block a renewed effort to bring the bill to a vote, calling it “a solution in search of a problem.”

With Republicans holding a slim majority in the Senate, Trump’s nominees should win approval without much resistance.

Farr, though, already faced a tough time, with moderate and progressive groups objecting to his positions on civil rights. As a lawyer for North Carolina in 2014 he defended the state’s voter registration law, which civil rights groups said intentionally suppressed minority votes.