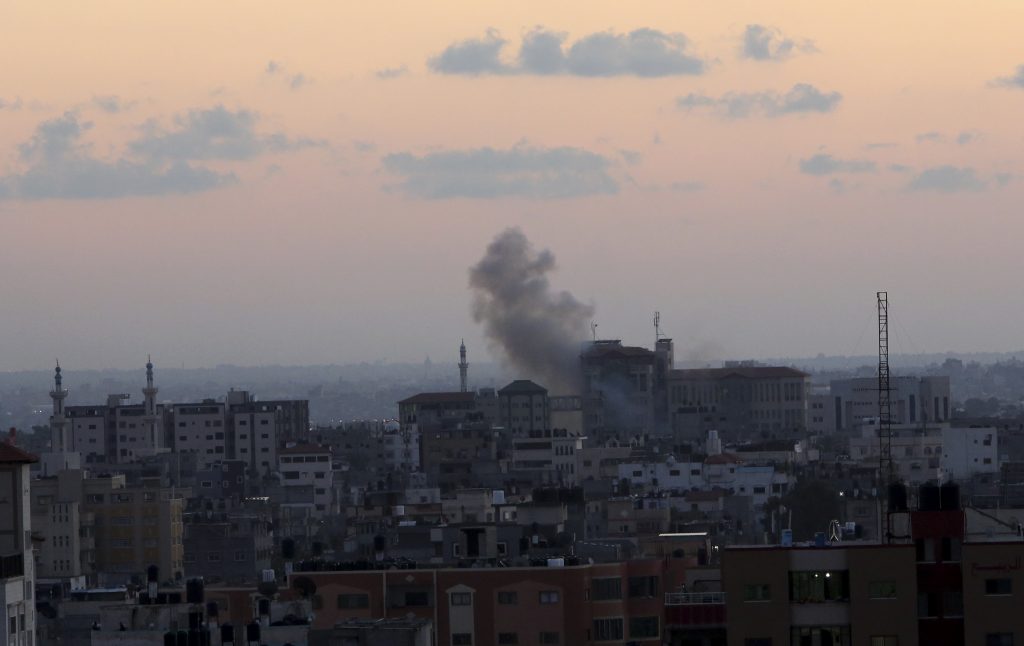 A large explosion was heard in central Gaza Wednesday morning. Sources in Gaza said that one person was killed and five were injured in the explosion, which Israeli sources said was in a building belonging to a top Hamas terrorist. Hamas said that it was investigating the cause of the blast. Israeli sources told Kan News that it was likely a “work accident,” in which a large explosive being prepared by a team of terrorists exploded.

Meanwhile, Channel 20 reported Wednesday morning that a terror balloon with a large object attached to it was sighted in the the skies over southern Israel. The balloon was observed as it was coming down near Kibbutz Or Haner. Security forces were dispatched to examine the attached item, which was described as “unusually large.”

Overnight Tuesday, security officials said they arrested 16 wanted security suspects in other areas in Yehudah and Shomron. The suspects were wanted for participating in rioting and throwing stones and firebombs that endangered Israeli civilians and IDF soldiers. Several of the suspects were also charged with belonging to Hamas. All were being questioned on their activities by security forces.