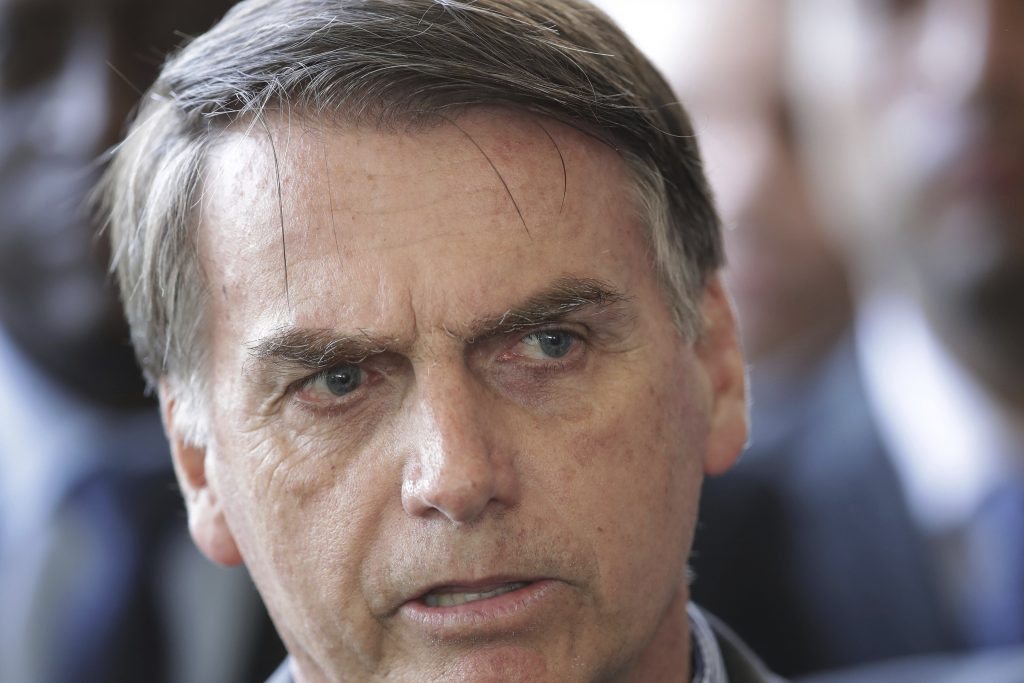 The son of Brazil’s president-elect has confirmed Brazil will move its embassy to Yerushalayim, as his father, Jair Bolsonaro, promised during his campaign.

“The question should not be whether we will do it, but when we will do it,” Brazilian congressman Eduardo Bolsonaro told White House adviser Jared Kushner during a meeting in Washington on Tuesday, The Jerusalem Post reported.

“We don’t know the date for the relocation or when it will happen, but we have an intention to do so,” he told Brazilian media when leaving the meeting, wearing a hat bearing the message “Trump 2020.”
The 34-year-old son himself was re-elected in October to a second term, breaking all records for most votes ever for a Brazilian federal lawmaker, over 1.8 million votes.

After being elected, Jair Bolsonaro announced that he intended to uphold his campaign promise to move the embassy.

His son’s statement was apparently aimed at dispelling doubts created by a recent report quoting a Brazilian source who said that it would not happen.
Israeli Prime Minister Binyamin Netanyahu is expected to attend the January 1 inauguration ceremony for Brazil’s newly elected president.