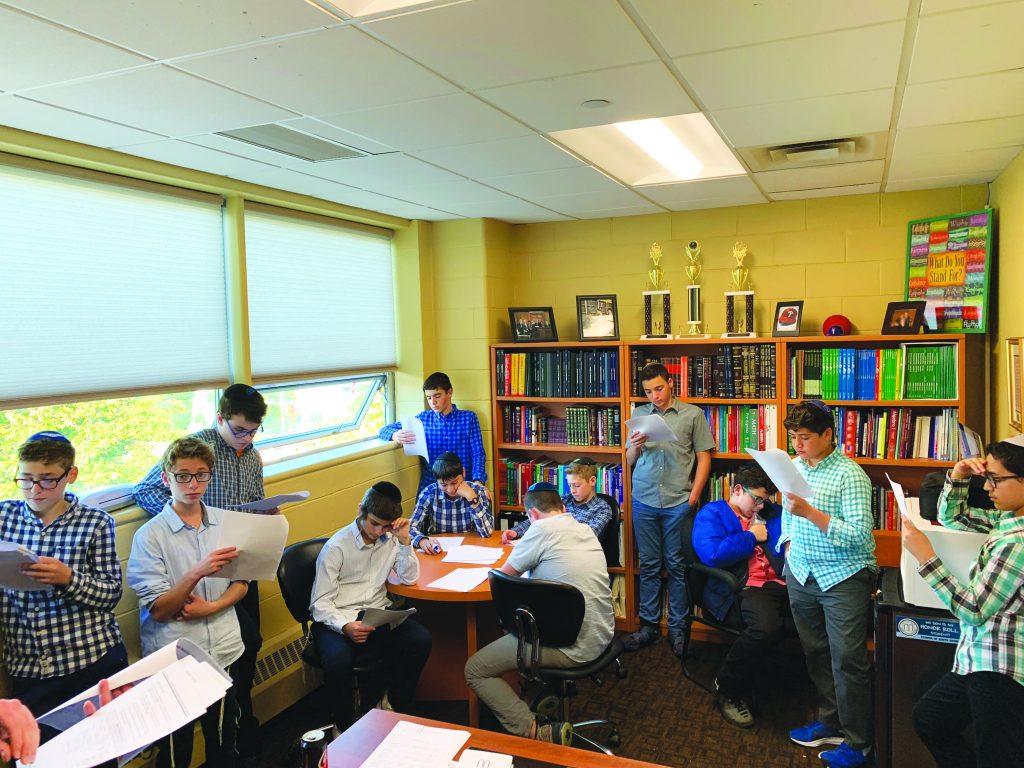 The future of Am Yisrael is, of course, our children. For Torah Jewry, our highest priority is the ability to educate our youth in a manner consistent with our mesorah.

Therefore, the new guidelines released last week by the New York State Education Department for religious and independent schools are a source of deep concern for the entire Jewish community.

According to long-standing New York state law, students attending private schools are required to receive an education that is “substantially equivalent” to those attending local public schools. The new guidelines are intended to provide guidance as to how this term should be defined and, in doing so, raise some new questions as well as a profound sense of alarm as to how this will affect our yeshivos and Bais Yaakovs. The guidelines also call for all religious schools to be visited by local school authorities and their curricula carefully reviewed.

For those who are wondering: The guidelines clarify that “a unit of study means at least 180 minutes of instruction per week throughout the school year, or the equivalent.”

When one does the math, this appears to translate to a minimum of six hours a week for each of the four primary subjects. When one adds the secondary subjects, it comes out to nearly 34 hours a week, or close to seven hours a day, five days a week. Such an understanding of the guidelines would devastate the teaching of limudei kodesh.

In other words, contrary to what some have assumed, these guidelines pose a grave danger not only to those mosdos haTorah that teach a minimal amount of secular studies, but to any school or yeshivah that devotes a significant amount of time to limudei kodesh. Even a school that would equally divide the school day between limudei kodesh and secular studies would fail to meet these requirements.

It should be noted, however, that the guidelines also include a footnote stating that “in nonpublic schools, the unit of study requirements may be met, or their equivalents may be met, by the incorporation of the State learning standards of such subjects into the syllabi for other courses.”

In other words, since the study of Gemara, or Rashi on Chumash, includes various mathematical formulas and other examples of what can be referred to as problem-solving, it can be hoped that the incredible wealth of knowledge included in limudei kodesh will help to meet these requirements as well.

In addition, thanks to an amendment passed in April through the efforts of State Senator Simcha Felder, the guidelines include mention of the requirement that “the curriculum provides academically rigorous instruction that develops critical thinking skills in the school’s students, taking into account the entirety of the curriculum over the course of elementary and middle school.”

Those who have merited to learn Gemara or meforshim on Chumash know that, while this isn’t the reason we learn and teach Torah, these subjects epitomize the very concept of developing “critical-thinking skills.”

Other positive language in the guidelines states that the “substantial equivalency reviews and determinations should be conducted in a flexible and inclusive manner and should be the result of a collaboration between the LSA (Local School Authority) and the religious or independent school.”

They also list “core principles … essential to the review process” that include a statement saying that the reviews of the private schools are to focus “on ensuring that students have the opportunity to acquire core skills and to make academic progress, not demonstrating a perfect correspondence between public and nonpublic schools. Nonpublic schools do not need to be equal to their public-school counterparts.”

They also call on Local School Authority representatives to show sensitivity and to understand that “in some cases, traditions and beliefs — religious or otherwise — will drive the curriculum and will be integrated into the delivery of the learning standards.”

Yet, while this language is indeed positive, it is preceded by a statement that may dilute or even negate this avenue of relief.

“Reviews and discussions are based on objective criteria, such as school and course schedules, textbooks, and other essential factors. Reviews focus on ensuring that students in the religious or independent school receive substantially equivalent instruction.”

The meaning of “objective criteria” is presumably open for interpretation; it is a term that has askanim seriously concerned.

Furthermore, the guidelines also make clear that the schools which, upon review, are found not to be in compliance with these requirements will be given only a limited amount of time to rectify the deficiencies.

If the concerns cannot be remedied, or if the religious or independent school does not make the changes necessary to achieve substantial equivalence after a detailed review process by both the local and state authorities, not only will that school lose all its government funding — such as for transportation and textbooks — but parents will be given a short amount of time to transfer their children to another school or the youngsters will be considered truant.

Much depends on how the term “equivalent” in these guidelines will be interpreted, and how flexible and understanding the reviewers will prove to be.

What we do know is that this is a danger that must not be taken lightly. Even if some mosdos find a way to meet these requirements, the precedent being created is an extremely frightening one. This is the first time since Jews have settled on American soil that the government is intervening in the way we educate our children. At stake is not only the amount of secular studies being taught, but the very autonomy of our Torah institutions, and the question it raises is a fundamental and piercing one:

Who gets to decide what will be taught in our mosdos? Will it be our Gedolim or some governmental official?

As our brethren in the United Kingdom have so painfully discovered, what are considered imperative, must-be-taught “values” in the secular world may be anathema to Torah-true Jews.

We must not underestimate the seriousness of this threat. As the askanim undertake their critical hishtadlus, we should rally behind them and intensify our tefillos on this most vital matter.