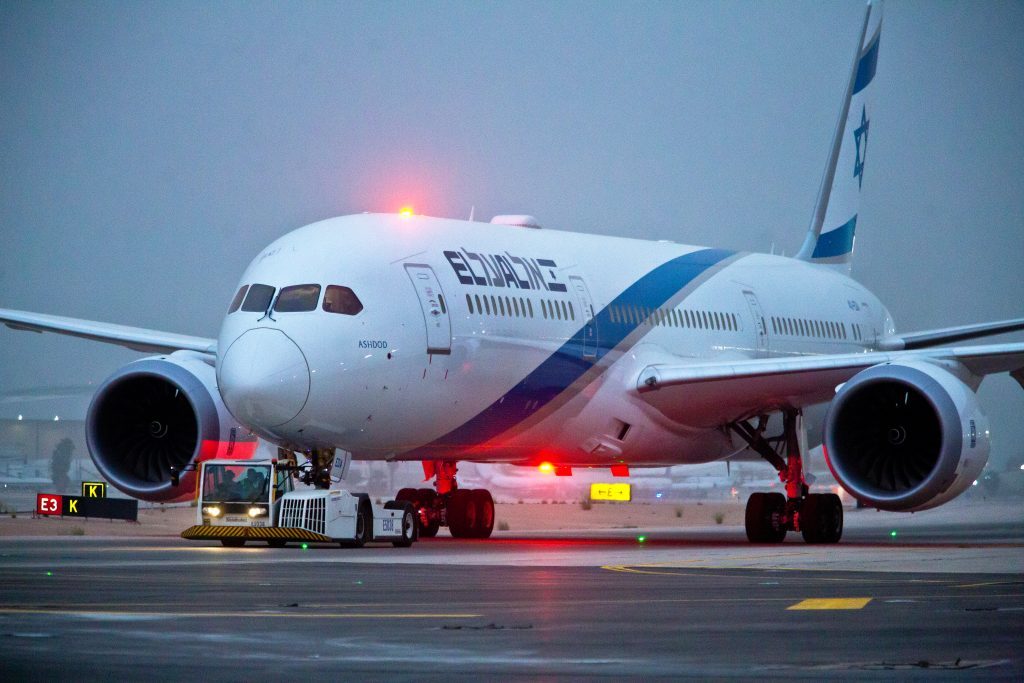 El Al’s offer of a free round-trip ticket to Europe for every passenger on board the ill-fated Flight 002 from New York to Israel last week shows that the airline doesn’t get it.

At issue was El Al’s failure to respect Shabbos and its abysmal treatment of chareidi travelers, who make up a significant portion of its air traffic, especially on the Tel Aviv-New York line.

The pilot and the flight crew disrespected both Shabbos and the intelligence of its chareidi passengers when they said they were heading back to the terminal to allow those who feared not reaching Israel by Shabbos to disembark, and then proceeded to the runway to take off (without ensuring that those passengers were safely buckled up).

Compare the behavior of El Al in this regard to that of United Airlines. The latter’s Flight UA 84, which was also bound for Israel on that snowy Thursday night, agreed to let its shomer Shabbos passengers off and arranged for their suitcases to be taken off the plane and delivered to them.

If United Airlines can show respect for Jewish passengers who are concerned about, chalilah, desecrating Shabbos, is it too much to expect the same from a Jewish-owned airline in Israel?

Instead of accepting responsibility for falsely accusing chareidi passengers of “attacking crew members” and announcing that it would call the police on them, El Al management made do with a pareve “apology,” stating that the airline “sees it necessary to clarify again, as stated in a press release on Nov. 19, that it did not blame the religious, secular, or chareidi public in the events reported.”

Judaism teaches that teshuvah starts with viduy, acknowledging wrongdoing, and that is glaringly absent here.

Even more infuriating is the airline’s statement hailing the behavior of its flight crew. “The El Al management backs and appreciates the air and ground crew members who operated on this flight in an admirable manner.”

Which part was admirable? The failure to leave enough time to get from their Manhattan hotel to the airport in snowy weather?

The failure of pilots and flight attendants to speak truthfully and respectfully to passengers?

Or maybe it was the refusal of flight attendants to serve chareidi passengers, as a childish form of “revenge” for insisting on straight answers about the plane’s ability to arrive in Israel in time for Shabbos?

Or the failure to reserve enough rooms for shomer Shabbos passengers who would be stuck in Athens for Shabbos?

Moreover, the “apology” took more than a week to issue, as if there were ever any doubt as to whether it was called for. It’s clear from the wording and timing of the El Al statement that it was looking to put out fires, not assuage hurt feelings.

El Al is no stranger to Shabbos. It has signed two different agreements with the Committee for the Sanctity of Shabbos, the body that is chaired by Rabbi Yitzchak Goldknopf, and carries out the instructions of Gedolei Yisrael in all matters pertaining to Shabbos observance in the public domain.

The last agreement, signed in 2007, says that El Al will not fly its planes on Shabbos. And yet Flight 002, after dropping off its passengers in Athens, proceeded to fly to Israel on Shabbos.

The religious traveling public has every right to assume that an airline like El Al will show sensitivity to its needs, foremost among them Shabbos. If mistakes were made and the flight crew arrived late, there should have been an honest, respectful exchange between the flight crew and the passengers. People should have been given the option of getting off the plane and spending Shabbos in New York. They should have been told up front that there was no way the plane would make it on time to Tel Aviv and that arrangements were being made for them in Athens.

The flight crew should have gone from passenger to passenger to see who needed a room for Shabbos in Athens, and should have assured passengers that Shabbos meals would be provided and that Chabad would be on hand to ensure a proper Shabbos experience.

Instead, the flight crew and the pilots were condescending in their treatment of both Shabbos and their chareidi clientele.

At this point, El Al needs to reestablish trust with the chareidi public. It must show that it cares enough to never put people in a position that they have to worry about violating something that is so precious to them.

The way to go about that is first, to issue a genuine apology, accepting full responsibility for its behavior, and second, to accept the request of the Committee for the Sanctity of Shabbos to move up the times of planes leaving New York on Thursday evening, making a repeat of the Flight 002 debacle less likely.

The chareidi public wants to continue flying El Al. But only if El Al shows that it wants them as passengers.