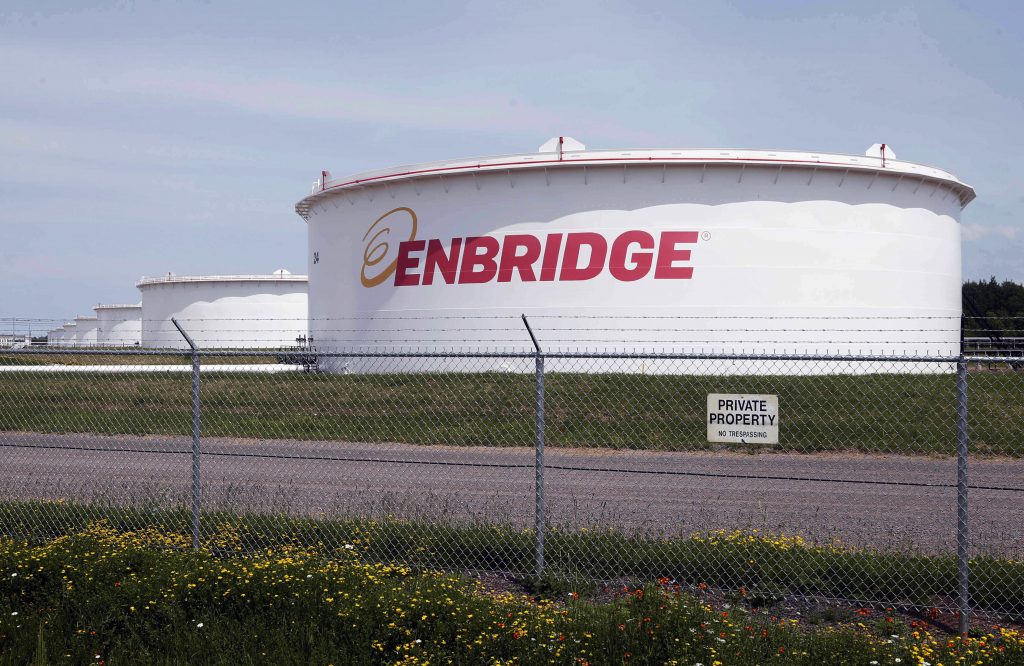 The race to export U.S. shale oil overseas is about to get fierce, with at least nine proposed terminals angling for a piece of a very limited pie.

Within 18 months, new pipelines opening in the nation’s most prolific shale basin promise to carry an added 2 million barrels of oil a day to the Gulf Coast. But the extra crude will arrive at a time when existing terminals in the Corpus Christi area can already offer only about 300,000 barrels a day of unused capacity.

Meanwhile, some of the terminals proposed are being designed to load a supertanker every other day, each capable of carrying 2 million barrels. The result: It’s likely only one or two new terminals are needed, with the edge going to companies such as Enbridge Inc., whose Freeport, Texas, effort could be fed by two pipelines it already owns interests in.

“Anyone can build a terminal,” said Chief Executive Officer James Teague of Enterprise Products Partners, one of the first companies to export oil from the U.S., in a conference call last month. “But it’s what’s behind that terminal that determines its success.”

Or in other words, success in the terminal business is as much about securing the barrels as it is about shipping them out.

U.S. oil exports have soared to nearly 2 million barrels a day since a near four-decade moratorium was lifted in late 2015, just as shale production kicked into high gear. Trafigura Group Ltd. and other trading houses have jumped at the opportunity to send those supplies to Europe and Asia.

But there’s been a problem: Pipeline shortages, particularly in the prolific Permian Basin, have limited how much oil makes it to the coast. Now, anticipating an end to those woes with three major new pipelines expected to open in 2019, several companies — including Trafigura — are lining up with plans to provide terminals that can take advantage of the change.

Industry analysts have predicted that exports will double by 2020 given increased export capacity and growing shale production.

Enbridge hasn’t released many details on its proposal for Freeport, which is about 175 miles northeast of Corpus Christi.

But it would likely be fed by the company’s own Seaway pipeline system, which runs south from the U.S. storage hub in Cushing, Oklahoma, as well as the Gray Oak pipeline it owns a stake in. Once completed, that pipe will run southeast from Midland, Texas, in the heart of the Permian, into Freeport and Corpus Christi.

To date, Singapore-based Trafigura is the only known company that’s submitted a formal permit application to build a deep-water terminal in the Corpus Christi area. The company’s Texas Gulf Terminals would move crude to a single-point mooring system a few miles offshore, where they would plan to load a supertanker every other day.

But as the first out of the box, Trafigura is also the first to draw fire. The Port of Corpus Christi has hired a lobbyist to voice their concerns about the plan, according to the Caller-Times newspaper. The proposal would include an onshore storage facility and a booster station, the newspaper reported.

The lion’s share of crude exports now leave from around Houston given the expansive network of inbound pipelines, storage tanks and dock space in the Houston Ship Channel. But that activity can also prohibit new growth, some say, with concerns about congestion limits.

That makes Corpus Christi, a steadily growing export hub, an attractive option. Many new Permian pipelines slated to come online are ending up there, pushing an infrastructure bottleneck from the shale play south. That ultimately builds a strong case for new terminals to be constructed.

There’s currently about 1.58 million barrels a day of pipeline capacity into Corpus, according to Genscape. Kpler data show terminals there loading as much as 1.9 million a day, leaving about 300,000 barrels a day of surplus capacity, not including demand from local refiners.

Trafigura’s proposal is one of five for the Corpus Christi area that would rely on the three new pipelines coming online in 2019. They comprise the Plains All-American Pipeline’s Cactus II conduit, with a capacity of 585,000 barrels a day; Epic Midstream’s EPIC line, with 600,000 barrels a day; and the Grey Oak line, owned jointly by Enbridge, Andeavor and Phillips 66, with about 900,000 barrels.

Beyond Trafigura, the other companies proposing terminals for the area include Magellan Midstream Partners, Carlyle Group, Buckeye Partners and Flint Hills Resources.

For its part, Buckeye said that its marine terminal — a joint venture with Phillips 66 and Andeavor — will have storage capacity and connectivity to the Gray Oak pipeline. Meanwhile, Magellan has floated the idea of building its own pipeline from Cushing to Houston and then to Corpus.

Closely-held JupiterMLP, meanwhile, is following the path of Enbridge, proposing a terminal miles away from the Corpus Christi mash-up.

Its effort — in Brownsville, Texas, about 163 miles south of Corpus Christi — has no domestic crude pipeline connections. Instead, the company aims to build its own pipeline to the Permian Basin.

“The more congested it gets, the longer it takes,” said CEO Tom Ramsey of JupiterMLP. On the question of how many will succeed, he said “The number may be two or three, but you’re going to need more than one.”