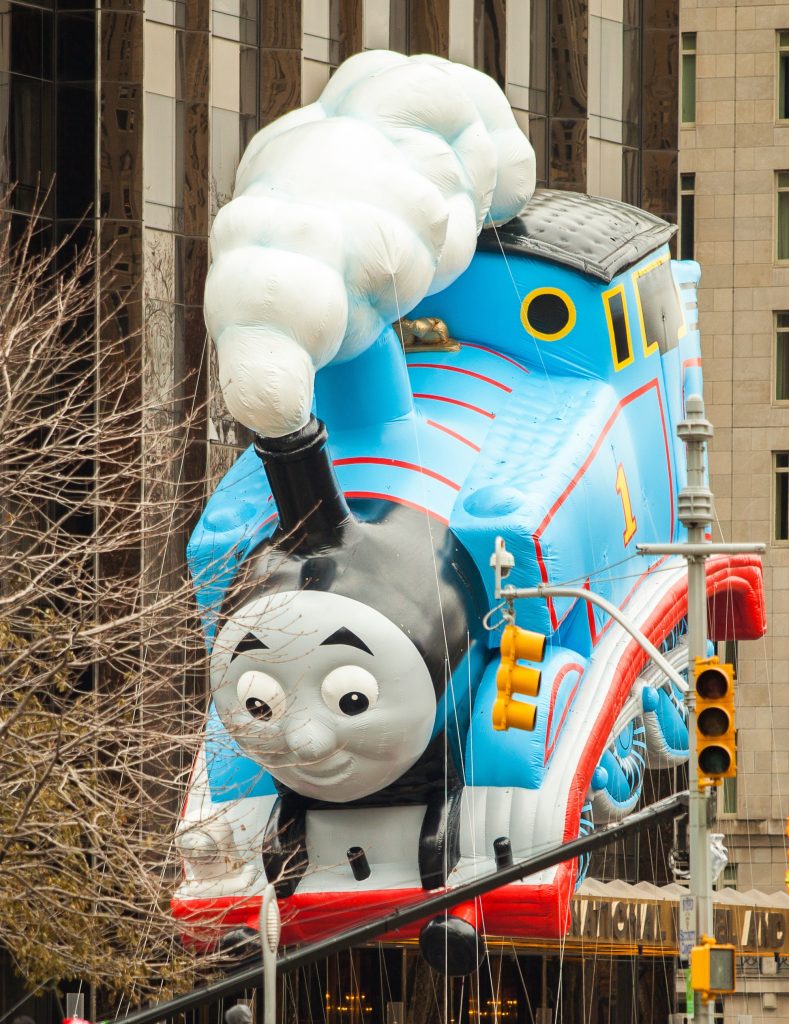 New York City’s big Macy’s Thanksgiving Day Parade will take place amid frigid cold and strong winds that could potentially ground the giant character balloons, which have caused mishaps and injuries in the past when gusts have blown them off course.

The police department is monitoring wind gauges along the 2-½ mile parade route and will order the 16 helium-filled balloons to a lower altitude or removed entirely if wind speeds reach dangerous levels.

New York City issued an extreme cold weather alert for Thursday and urged anyone going outside to wear hats, scarves, gloves and layered clothing and to keep their fingertips, earlobes, and noses covered to prevent frostbite.

The National Weather Service is projecting temperatures in the low 20s and sustained winds of up to 20 mph with gusts to 30 mph.

The iconic characters that soar between Manhattan skyscrapers will be grounded if sustained winds exceed 23 mph and gusts exceed 34 mph under city rules implemented after wind blew a balloon into a lamp post near Central Park, critically injuring a woman.

“If we have to call an audible on the day of and make an adjustment, we’ll do so,” Chief of Patrol Rodney Harrison said at a briefing on the police department’s parade safety measures.

The NYPD will have thousands of officers stationed along the parade route. They include counterterrorism teams with long guns, plainclothes officers mixed in with the crowd and a new squad of K-9 teams that can sniff out explosives from a few hundred feet away.

All spectators will be screened with metal detectors at security checkpoints. Backpacks, alcohol and e-cigarettes are banned. Certain areas near the start and finish are off-limits or will have space taken up by staging for NBC’s live broadcast.

Police cars and sand-filled sanitation trucks are being positioned to stop vehicles from driving into the crowd and new technology is being used to detect drones, which are illegal to fly over crowds in New York City.

Federal rules now allows police to “take action” against rule-breaking drones, but that doesn’t mean officers are going to be shooting them down, said NYPD Deputy Commissioner of Intelligence and Counterterrorism John Miller.

“Our job is to offer maximum protection against any incident at the parade, but it’s also to make sure that we don’t protect it to the point that it’s not fun,” Miller said. “Our people will be as accommodating as possible and make sure that people see them, they feel safe, but that they enjoy themselves.”

There are no known, credible threats to the city or the parade, Commissioner James O’Neill said. He warned spectators to be vigilant in the wake of recent mass shootings and package bombs and to alert officers if they suspect something is awry.

Big crowds are expected to line the route, which runs 46 blocks from the outskirts of Central Park to Macy’s flagship store in midtown Manhattan.

In addition to giant balloons, the parade features about 8,000 marchers, including high school bands and pop singers, and two-dozen floats.

Spectators lined up as many as 15 deep in some places last year, and four activists briefly disrupted things when they jumped over barriers and sat down in the street to protest changes in U.S. immigration policy.

In recent years, though, wind has been the biggest threat.

In 2005, eight years after the balloon went off course, an M&Ms balloon smacked into a lamp post in Times Square, causing cuts and bruises to a woman in a wheelchair and her 11-year-old sister.

Last year, a gust on an otherwise calm day sent a smaller balloon into a tree branch. That one popped and fell harmlessly onto the crowd.