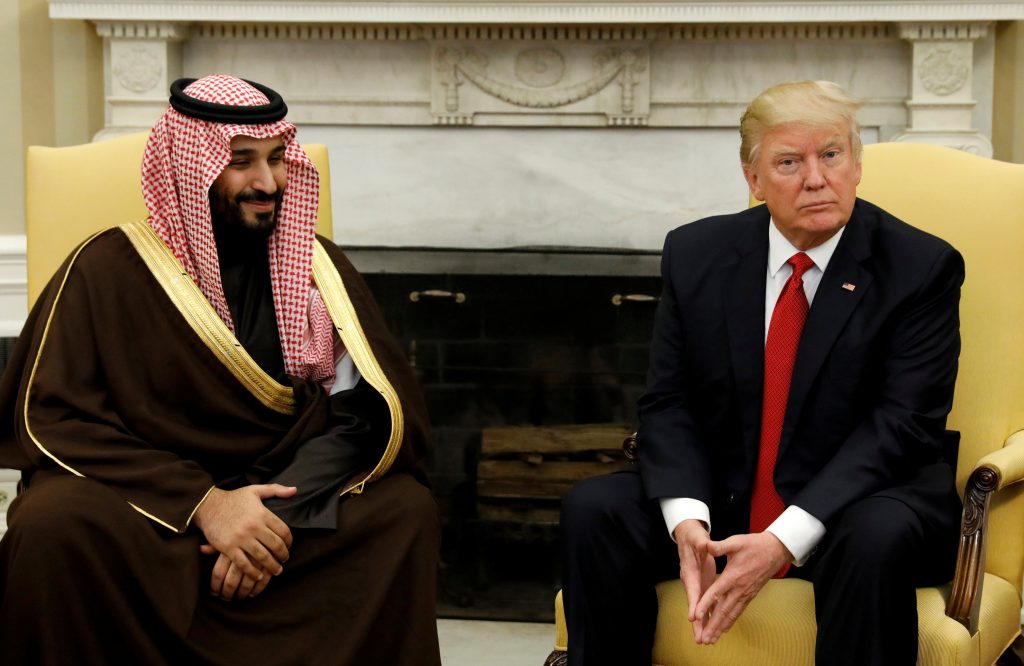 In a tweet, Trump thanked Riyadh for the recent drop in oil prices and called for prices to go even lower, likening it to “a big tax cut” that could boost the U.S. and global economies.

Oil prices rose more than 1 percent on Wednesday but have been trending lower for weeks. Prices slid on Tuesday after a report of an unexpected decline in U.S. crude inventories.

“Oil prices getting lower. Great! Like a big Tax Cut for America and the World. Enjoy! $54, was just $82. Thank you to Saudi Arabia, but let’s go lower!” Trump wrote.

On Tuesday Trump pledged to remain a “steadfast partner” of Saudi Arabia even as he said that Saudi Crown Prince Mohammed bin Salman may have known about the plan to murder Khashoggi last month.

The CIA believes Khashoggi’s death was ordered directly by the crown prince, Saudi Arabia’s de facto ruler widely known by his initials MbS, sources familiar with the matter have said.

With U.S. lawmakers calling for tougher sanctions, Trump said he would not cancel military deals with the kingdom. He said it would be a “foolish” move that would only benefit Russia and China, competitors of the United States in the arms market.

A number of U.S. lawmakers, including some of Trump‘s fellow Republicans, pushed back sharply on his assessment.