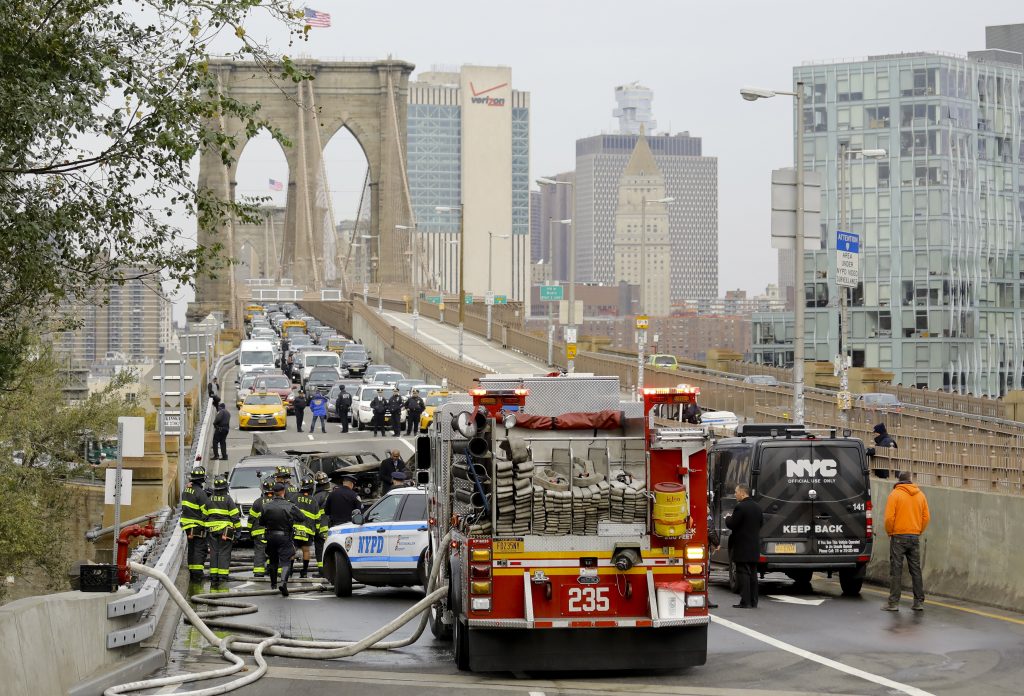 An auto wreck on the Brooklyn Bridge killed one person and injured six Wednesday, and sparked a fire that engulfed three vehicles and cut off a key New York City artery at the start of the morning commuting rush on one of the busiest travel days of the year.

The fiery 7 a.m. crash on the Brooklyn-bound side of the bridge sent a column of black smoke rising above the landmark span. Motorists blocked by the wreck got out their cars to watch a swarm of firefighters work to extinguish the blaze.

The entire bridge was closed to traffic for about an hour. Major traffic tie-ups continued to spill onto surrounding roads as it was reopened, beginning with the Manhattan-bound lanes.

Photographs posted by bystanders on social media showed the charred hulks of three vehicles and a fourth a few strides away with body damage.

The wreck happened on a portion of the bridge over land on the Brooklyn side of the East River, near where drivers turn on to exit ramps and surface roads. The fire was a few feet from a spot where throngs of tourists enter the bridge’s pedestrian and cycling path.

The deceased was identified as 32-year-old Kristopher Hambas of Scarsdale, NY, who was the operator of the 2017 Volkswagon. He was found unconscious and unresponsive, and was pronounced deceased at the scene.