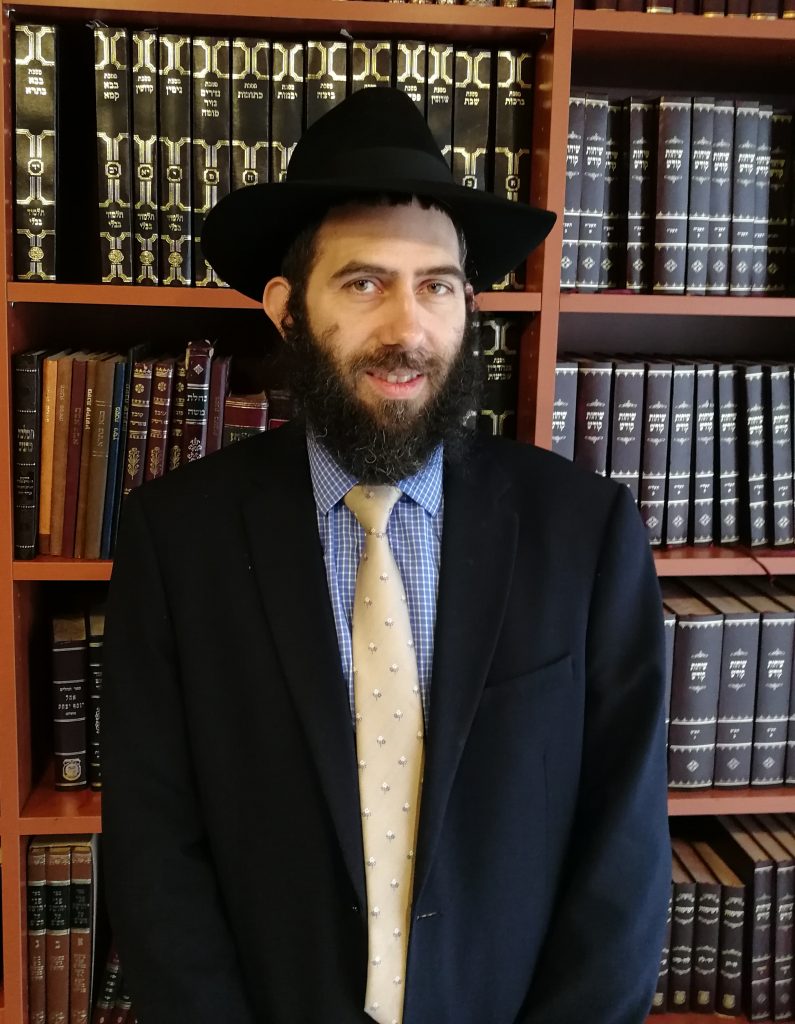 What is a Rabbi to do when he’s prepared Shabbos meals for 130 people, then gets a call hours before sunset that he has to prepare for more than a hundred others who would be stranded in his city for Shabbos?

If you’re Rabbi Mendel Hendel, you spring right into action, and give everyone the most memorable Shabbos of their lives.

Just before 11:00 a.m. last Friday morning, Rabbi Hendel, Chabad shliach in Athens, received a phone call from Israel. The caller was the assistant of Rabbi Shalom Ber Sorotzkin, Rosh Yeshivas Ateres Shlomo. The latter, a passenger on El Al Flight 002, which left New York en route to Tel Aviv hours late Thursday night, had instructed his assistant to be in touch with the airline about the flight’s status, and alert the Rabbi in whatever city the plane – which had no chance of making it to Israel for Shabbos – would be diverted to.

Rabbi Hendel was first asked to arrange meals for 60 to 70 people, an El Al estimate based on the number of people who had ordered mehadrin meals. Shortly afterward, an El Al representative contacted him, and said that the number would in fact be 80.

“I immediately called our kitchen staff,” Rabbi Hendel said, in an interview with Hamodia Tuesday recalling the dizzying events of last weekend. “I asked for extra help, and we got to work preparing meals.” Fortunately, the Athens Chabad House has a restaurant and commercial kitchen – it does catering for groups, and sends kosher meals to people traveling to the Greek islands in the summer.

The Chabad House already had 130 guests for that Shabbos.

“We always prepare extra food; there are always things that happen at the last minute, and some people come without reserving seats,” said Rabbi Hendel. “So we made an assessment of what we had prepared, what we had in freezers, and what could be made and cooked within this limited amount of time. By the time the staff came it was almost noon; Shabbos would begin at 4:50 p.m.”

As the flight landed in Athens just an hour before Shabbos, there was not enough time to send the passengers to hotels near the Chabad House, which is in the center of town, 45 minutes from the airport. Instead, the airline had to put them up in the Sofitel hotel, just across the street from the terminal.

At first, Rabbi Hendel figured he’d just prepare the food and bring it over to the hotel, returning to the Chabad House for Shabbos. “But then we realized it was much more complex — that many people would be at the hotel, and it would require a lot of improvising and finding solutions. And the hotel had no experience with Shabbos or kashrus; everything would be new.

“So I decided that I, along with my wife Nechama and our 11-year-old son Levi, would stay at the Sofitel for Shabbos, and that the assistant rabbi would stay with the 130 people at the Chabad House. It turned out to be the right decision.”

The Hendels and staff prepared the food as quickly as possible and ordered paper goods.

Mrs. Hendel brought the first shift of food to the Sofitel – hot-water urns, and food that had to be warmed, double-wrapped, in the hotel ovens.

“And we literally took whatever we could find,” said Rabbi Hendel. “We have a grocery in the Chabad house, and we emptied the shelves – cakes, cookies, tuna, whatever we were able to grab.”

While the Rabbi was driving to the airport with the second shift of food and supplies — less than an hour before Shabbos, after the plane had landed — he received a call from Rabbi Sorotzkin’s assistant: “Be aware that the numbers are probably double.”

Although no more than 80 mehadrin meals had been ordered, the number of shomrei Shabbos on the plane was around 170 people.

Around 20 passengers were placed in a Holiday Inn 6 miles from the Sofitel; as the Rabbi was unpacking his car, he gave food and other supplies to these people, who would be spending Shabbos on their own.

One hundred fifty passengers would spend Shabbos at the Sofitel; far fewer rooms were booked. A passenger from Yerushalayim, Rabbi Akiva Katz, “really saved the day,” says Rabbi Hendel. “He, and several other helpful passengers, calmed people down in those chaotic moments just before Shabbos when they realized there weren’t nearly enough rooms. He really took on a leadership role on Friday and throughout Shabbos, speaking to El Al reps and hotel staff, and pairing strangers in hotel rooms.”

Rabbi Hendel, who grew up in Migdal Ha’emek, Israel, and has been the Athens Chabad shaliach for 18 years, said he had never before been thrown into a situation like this.

“This summer, a flight from New York to Tel Aviv had to make an emergency medical stopover in Canada, and couldn’t make it to Tel Aviv in time for Shabbos, so it stopped over in Athens. I was not home then; I was in New York for 3 Tammuz, the yahrtzeit of the Lubavitcher Rebbe, zt”l. But there were only 30 shomrei Shabbos on that flight, so it wasn’t anything like what happened last Shabbos. The staff came in and prepared, and they managed fine.”

There were many frantic and anxious moments before Shabbos; the passengers had to partner up in the hotel rooms, and the hotel did not want to allow them to light candles anywhere in the hotel, or to plug in hot plates in the kitchen. But baruch Hashem, Rabbi Hendel and others were able to defuse each situation.

And then, from those frantic moments, as the sun set, it was “bah Shabbos bah menuchah,” said Rabbi Hendel.

“Everyone was relaxing and went to daven. We had brought a sefer Torah, Chumashim and siddurim. The hotel gave us a room to use as a beis medrash, in addition to giving us a section of the restaurant to use as a dining room.”

The passengers expressed amazement at the array of foods the Chabad staff was able to prepare on such short notice.

“People told me that when they saw the gefilte fish and variety of salads, they thought that would be the whole meal; then they were shocked when they saw all the chicken and meat!

“There was plenty of food, people shared what they had, and baruch Hashem, nobody went hungry.

“And the seudos were beautiful in so many ways. There were divrei Torah and zemiros. It was amazing to see chassidim, litvishe, kippa serugas – people who perhaps don’t have an opportunity to spend Shabbos together on a regular basis. On this Shabbos, in Athens, everyone was together. Many were wearing weekday clothes – the luggage was left on the plane. Everyone had been traveling to Israel for different reasons — a bar mitzvah, birthday, yahrtzeit — and many of them would be missing events they had traveled for. But once Shabbos came in, there was such an atmosphere of Shabbos, it was amazing. When I think about it, it was such a special ruach.”

The next morning in shul, Rabbi Hendel mentioned to Rabbi Katz that the Athens Chabad — which had been using a mikvah in a suburb quite a distance away — was in the process of trying to build its own mikvah. A year and a half ago, a group of Satmar chassidim from Williamsburg had spent a Shabbos there; they pledged to donate money to get a mikvah project up and running. With additional help from Keren Mikvaos, the project had been progressing but had recently stalled, as it had only raised about half of the $280,000 needed.

“Baruch Hashem,” says Rabbi Hendel, “some donations have been coming in since last Shabbos, and we hope to be able to complete the mikvah project by the summer!”

For the Shabbos morning seudah, while there had been no time to prepare a cholent, everyone enjoyed moussaka, a traditional Greek dish made of layers of potatoes, eggplant and beef.

While there was not enough food for full meals for Shalosh Seudos and Melave Malaka, people washed, ate bread, and enjoyed snacks … and the amazing feeling of achdus.

“The whole Shabbos was really special. Everyone was speaking to each other; it was all so amazing, the tefillos and the meals and the divrei Torah. It was such a wonderful atmosphere.”

What thought does one take away from such a memorable Shabbos?

The Rabbi who saved the day for over 150 people, for a story that made headlines, says, “I want to encourage every person to do a small chessed — invite someone to your home who doesn’t have a family or doesn’t have a place for Shabbos — not only the headlines in the exotic places. It’s the small chassadim nobody reads about that will bring Moshiach, b’ezrat Hashem.”