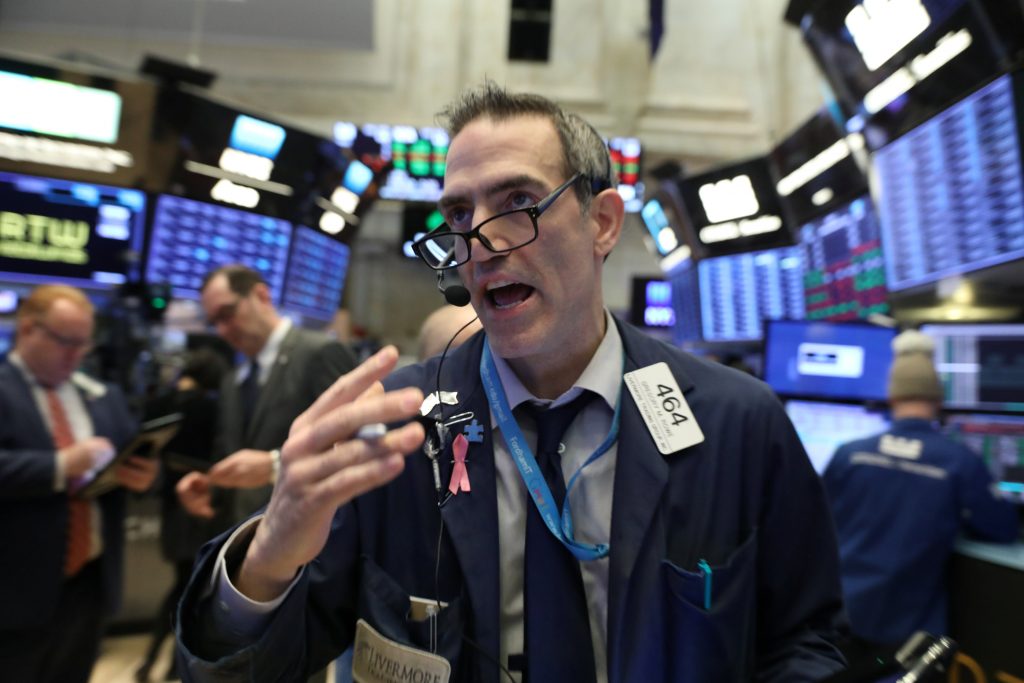 Stocks are skidding Tuesday morning, putting the market back into the red for the year, as weak results from retailers and mounting losses for big technology companies compound the market’s losses from the day before. Energy and industrial companies are also dropping.

Boeing fell following reports it canceled a conference call where the company planned to discuss systems on its 737 jet. A Boeing 737 crashed shortly after takeoff in Indonesia last month, killing 189 people.

Investors continued to flee the technology giants that have led the stock market higher in years past. Apple fell 3.4 percent to $179.62 and Amazon gave up 3.8 percent to $1,455. Microsoft lost 3 percent to $101.50. All three stocks have outperformed the market this year, but they’ve suffered steep losses more recently.

Tech stocks were among the biggest losers in Europe, too. Nokia, a big supplier of telecom networks, saw its shares drop 4 percent, while its Swedish rival Ericsson was down 3.5 percent. SAP, which provides business software and cloud computing services, was down over 2 percent. Chip maker Infineon Technologies fell about 3 percent.

Target skidded 9 percent to $70.22 after it said its growing investments in its online business and in stores are bringing in shoppers, but are affecting its profits. Department store Kohl’s gave up 9.8 percent to $64.01 and TJX, the parent of TJ Maxx, fell 2.1 percent to $47.88. Discount chain Ross Stores slid 4.4 percent to $87.18.

Nissan fell over 5 percent in Asia as traders there got their first chance to react to the news that its chairman, Carlos Ghosn, who engineered a turnaround at the automaker, was arrested on charges he under-reported his income and misused company funds and will be fired.

Nissan said Ghosn and another senior executive, Greg Kelly, were accused of offenses discovered during an investigation set off by a whistleblower. Kelly also was arrested. The Renault-Nissan-Mitsubishi alliance sold 10.6 million cars last year, more than any other manufacturer. Renault shares dropped 8.4 percent on Monday and another 2.5 percent Tuesday.

Stocks sank Monday as investors focused on simmering trade tension between Washington and Beijing after the two governments clashed at a weekend conference. The two countries have raised tariffs on billions of dollars of each other’s goods in a fight over China’s technology policy.

Presidents Donald Trump and Xi Jinping are due to meet this month at a gathering of the Group of 20 major economies. Investors didn’t react much as the trade dispute ramped up, but more recently they’ve become concerned it will drag on and hinder global economic growth.