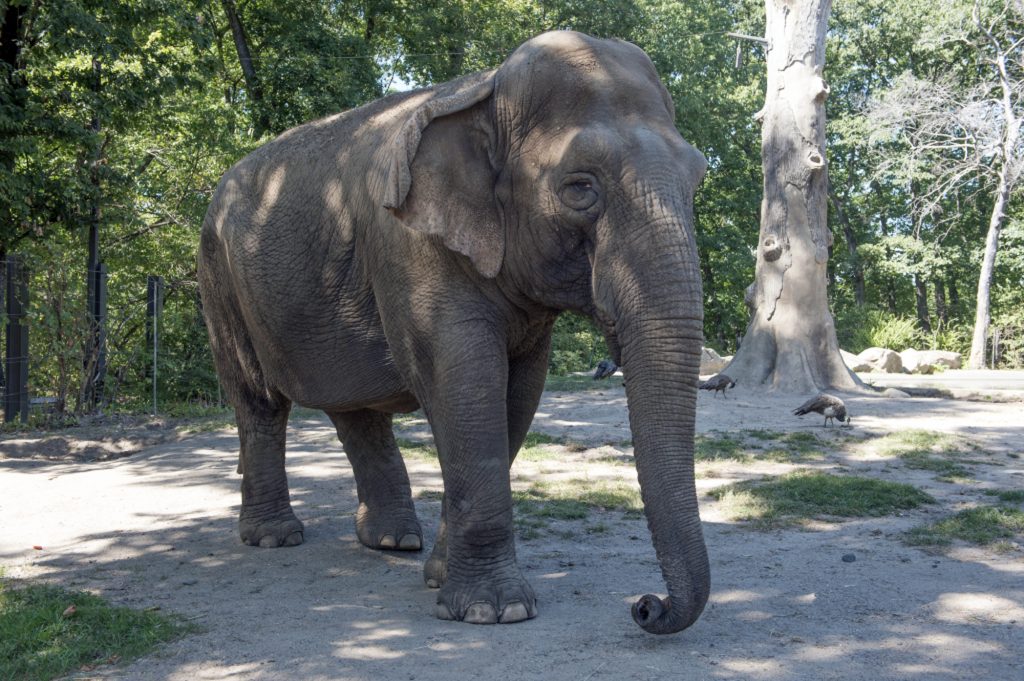 The elephant, named Maxine, had neurologic deterioration and generalized muscle weakness. Bronx Zoo Director Jim Breheny said Maxine, who came to the zoo in 1973, “died a peaceful death, surrounded by the keepers, curators and veterinarians who had cared for her throughout her life.”

Last month, an animal welfare group sued the zoo, claiming Happy has similar rights to a human being and is being unlawfully imprisoned. The Nonhuman Rights Project claimed Happy lived mostly alone since her mate was fatally injured in 2002 and should be relocated from the zoo to a larger private sanctuary.

Zoo officials say Happy is content, not isolated and might suffer from a transfer. Breheny said the lawsuit is based on “ludicrous legal arguments and lies.”