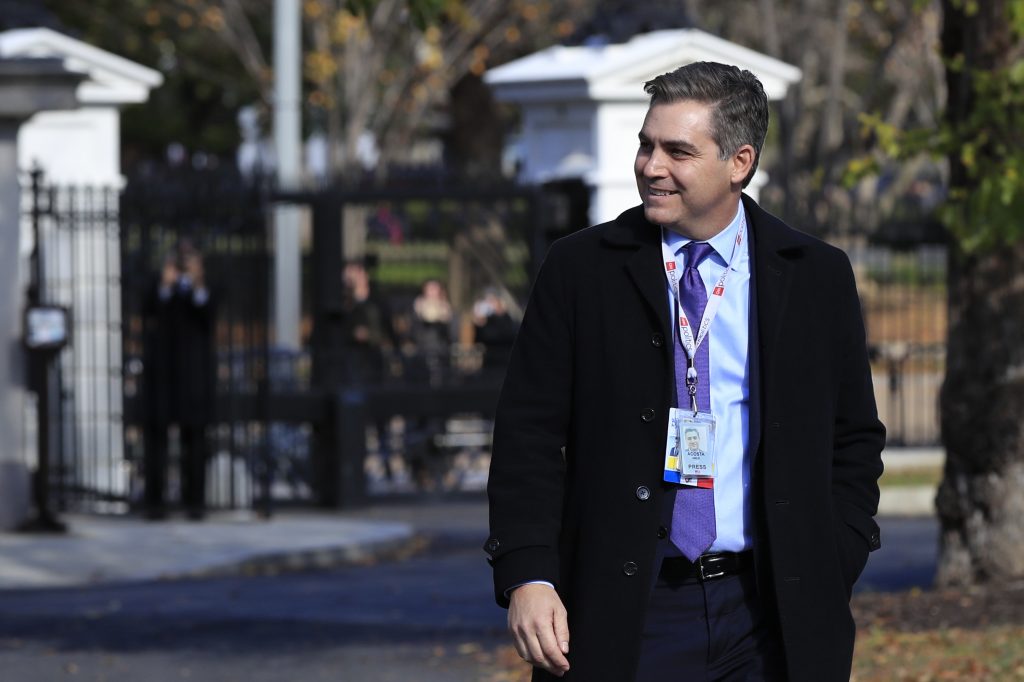 After a federal judge ordered that Acosta’s credentials be temporarily restored last week, the White House sent Acosta a letter saying it had made the “preliminary decision” to suspend his pass. The White House said Acosta would continue to hold his credentials while the 14-day judge’s order was in effect.

The White House argues Acosta did not follow “basic standards” when he scrapped with President Donald Trump at a news conference. The letter from Press Secretary Sarah Huckabee Sanders and Communications Director Bill Shine, says that President Trump is “aware of this preliminary decision and concurs.”

CNN sought an emergency hearing, saying in a Monday court filing that the administration was creating “retroactive due process.” The network tweeted that the White House “is continuing to violate the First and Fifth amendments of the Constitution.”

Trump has called for more “decorum” at the White House and has said staff is “writing up rules and regulations” for reporters.