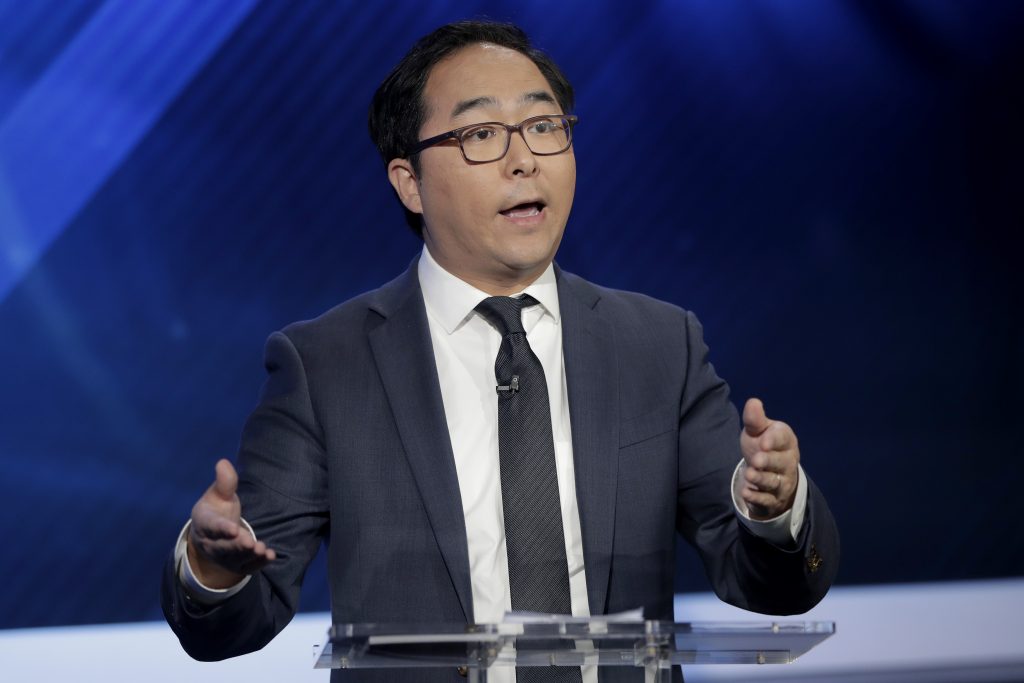 Democrat Andy Kim, a political newcomer and former national security aide in the Obama administration, defeated Republican Rep. Tom MacArthur in a tight race in which the incumbent’s vote to roll back the Affordable Care Act was a hot issue.

He declared victory last week, but MacArthur did not concede at the time as mail-in and provisional ballots continued to be counted. The Associated Press called the race Wednesday.

The U.S. House historian’s database shows that Kim is the first Asian-American elected from New Jersey. Kim has never run for or served in elected office before.

“This from the very beginning was always about the people,” Kim told supporters at his office in Mount Laurel when he declared victory. “I will be part of that new generation of leaders that will step up and do what’s best for the American people. That’s what we need right now.”

MacArthur said in a statement Wednesday that he called Kim to congratulate him on the victory and said he would work on a smooth transition.

“We must all work together to ensure that America remains the shining city on a hill that President Ronald Reagan described so many years ago,” MacArthur said.

The district last elected a Democrat in 2008.

MacArthur was an ally of President Donald Trump but stressed his independence as well.

He was the only New Jersey congressman to vote for the 2017 tax overhaul and backed repeal of the Affordable Care Act. He faced jeers and insults from constituents during an at-times raucous town hall about health care last year.

He authored an amendment to allow states to get federal waivers to the requirement that insurers charge healthy and sick customers the same premiums. The change, which didn’t pass the Senate, would have been for people who let their coverage lapse. MacArthur had said those people would be covered by high-risk pools.

In a recent interview, Kim said that was a turning point.

“The moment that was most important in this district over the last two years was the health care vote and the town hall that MacArthur did,” he said. “That was what got me into the race. That’s what just turned this district on its head and why people got so fired up.”

Kim largely stayed away from invoking the president, despite his unpopularity in New Jersey.

AP VoteCast found that most people said that President Trump was a factor in their vote, while a majority also said the country is headed in the wrong direction. Health care was the top issue facing the nation for most New Jersey voters, followed by the economy and immigration.

AP VoteCast is a new nationwide survey of about 138,000 voters and nonvoters — including 3,800 voters and 664 nonvoters in the state of New Jersey — conducted for The Associated Press by NORC at the University of Chicago.

Kim said he will make it a priority to get a post on the House Armed Services Committee because the southern New Jersey district, which includes Burlington and Ocean counties, also has Joint Base McGuire-Dix-Lakehurst.

New Jersey will have just one Republican out of 12 seats in the next Congress. Before the election Republicans controlled five seats, and heading into the 2016 election the delegation was split six to six.