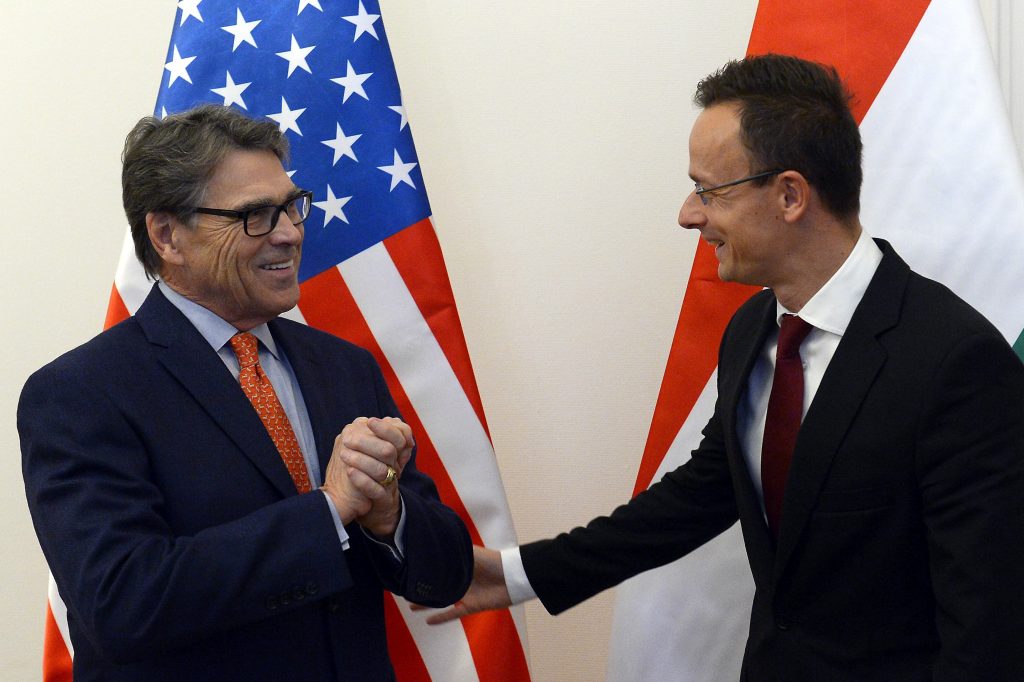 Perry, on a visit to Hungary, said that Russia needs to be prevented from using “energy as a coercive weapon,” like when it sometimes temporarily cuts winter gas supplies affecting mostly eastern Europe.

Perry also said the United States has “the perfect right” to maintain sanctions on Russia related to its annexation of the Crimean peninsula from Ukraine.

“This is really pretty simple from my perspective,” Perry said. “Be a good neighbor and respect the rule of law, and Russia does not do that.”

Hungary, which is greatly dependent on Russian energy supplies and is using Russian funds and expertise to expand its lone, Soviet-built nuclear power plant, has gone along with European Union sanctions on Russia, while also advocating for their removal on the grounds of economic competitiveness.

The U.S. has been pushing for Eastern European countries to use American deliveries of liquefied natural gas, but an LNG terminal planned in Croatia which could be used by Hungary has been long delayed.

Hungary is also hoping to get gas supplies in the coming years from recent discoveries by Romania of reserves in the Black Sea.

Hungarian Foreign Minister Peter Szijjarto said that despite much planning and political resolve, it was “extraordinarily important” to “truly turn into reality” the region’s diversification efforts.

“It must be seen that you can operate industry and heat homes with gas, not political goodwill or plans,” Szijjarto said.