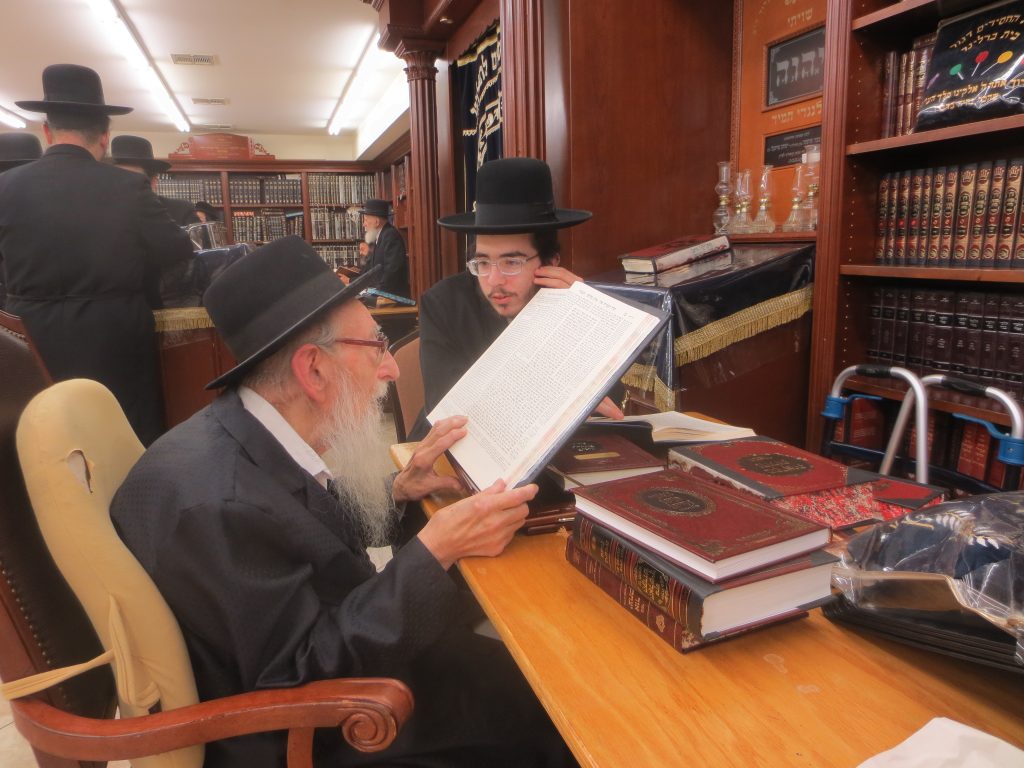 The Gerrer community in New York and Eretz Yisrael is mourning one of the elder Chassidim, Reb Akiva Tzvi Berliner, z”l, who was niftar Sunday morning at the age of 96.

Reb Akiva was born in a town near the German border. His father was the grandson of the youngest daughter of Harav Akiva Eiger, zt”l, and he was named after him. At the tender age of six, his parents, who were worried about his chinuch, sent him to Poland to learn with a heimisheh melamed. During his youth, he returned home only twice a year so that he could continue growing as an ehlicher Yid.

During WWII, he was incarcerated in the concentration camps, where he exhibited tremendous mesirus nefesh to keep the mitzvos. He was among the singular people who did not miss a day of putting on tefillin for the entire war, despite his captivity.

During his early days in America, he settled in Williamsburg and served as the gabbai in the Gerrer shtiebel. He did not consider any task below his dignity, and he took care of everything that had to be done, whether acting as baal korei and baal tefillah or cutting the herring for the seudah shlishis. In addition to these duties, he devoted much time and effort to helping yesomim. He would give them the attention they needed as he learned with them, help them study for tests, and even taught them their pshetel for their bar mitzvah. As one of the recipients of his care related, “Everything I am today is thanks to Reb Akiva.”

Although Reb Akiva had no children, nevertheless hundreds of people participated in his levayah at Heichal Akiva Tzvi-Bais Berliner at 19th Avenue and 51st Street in Boro Park. One of the people who knew him well remarked, “He always fled from kavod, until he was no longer able to flee, and it finally caught up with him. It’s no wonder that the beis medrash was full, with standing room only.”

Tehillim was said by Reb Yaakov Aryeh Enden, and hespeidim were given by his nephew and Rabbi Eliezer Baum. The aron was flown to Eretz Yisrael, where the levayah will take place at Heichal Akiva Tzvi in Ashdod, at Yeshiva Imrei Emes in Bnei Brak, and in Yerushalayim at the Gerrer beis medrash.

Kevurah will be on Har Hamenuchos in the chelkah with Harav Menachem Ziemba Hy”d, zy”a, and in the same row as many Gedolim. A person who was close the niftar told Hamodia, “It’s not often that the Gabbai of a beis medrash ends up being buried in the same row as so many gedolei olam. It’s a testament to the way he was constantly mafkir himself and took much humiliation that he is now being accorded such kavod.”

As Reb Akiva did not have children, his friends and acquaintances wish to put together a pamphlet as a remembrance. They request that anyone who knows stories and information please call 929-214-8078.