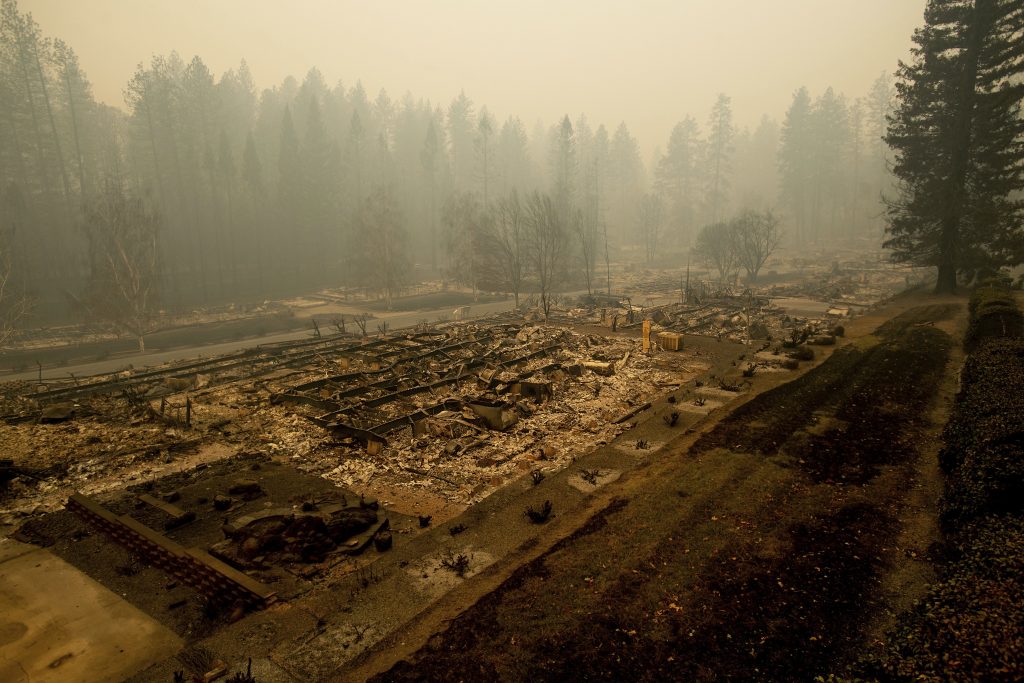 Sheriff’s investigators have begun the agonizing task of scouring through the wreckage of California’s most destructive fire on record in search of the dead. By Saturday, the death toll had reached 23, but it seemed likely to climb.

With the entire town of Paradise wiped out and the fire still raging furiously in surrounding communities, Butte County Sheriff Kory Honea said the county was bringing in a fifth search and recovery team. An anthropology team from California State University, Chico was also assisting, because in some cases “the only remains we are able to find are bones or bone fragments.”

“This weighs heavy on all of us,” Honea said. “Myself and especially those staff members who are out there doing what is important work but certainly difficult work.”

The victims have not been identified, but the department has a roster of 110 people believed missing. Officials hope many of the elderly on the list simply are elsewhere without cellphones or a way to contact loved ones. Honea said the agency was also bringing in a mobile DNA lab and encouraged people with missing relatives to submit samples to aid in the identification process.

The death toll made the Camp Fire the third-deadliest on record in the state, another statistic for a blaze now logged at 164 square miles that has cost at least $8.1 million to fight so far, said Steve Kaufmann, a spokesman for the California Department of Forestry and Fire Protection.

Entire neighborhoods were leveled, destroying more than 6,700 buildings, almost all of them homes, and the business district was destroyed by a blaze that threatened to explode again with the same fury that largely incinerated the foothill town.

More firefighters headed to the area, with wind gusts of up to 50 miles per hour expected through Monday, raising the risk of conditions similar to those when the fire started Thursday, said Alex Hoon with the National Weather Service.

Two people were also found dead in a wildfire in southern California, bringing the total number of fatalities statewide to 25 as the fires tore through Malibu mansions and working-class suburban homes. State officials put the total number of people forced from their homes statewide at more than 200,000. Evacuations included the city of Malibu, home to some of Hollywood’s biggest stars.

Back in Paradise, the air still clogged with smoke, residents who stayed behind to try to save their property or who managed to get back to their neighborhoods found cars incinerated and homes reduced to rubble.

People sidestepped metal that melted off cars and Jet-Skis and donned masks as they surveyed ravaged neighborhoods despite an evacuation order for all of Paradise, a town of 27,000 founded in the 1800s. Some cried when they saw nothing was left.

Jan MacGregor, 81, got back to his small two-bedroom home in Paradise with the help of his firefighter grandson. He found his home leveled — a large metal safe and pipe work from his septic system the only recognizable traces. The safe was punctured with bullet holes from guns inside that went off in the scorching heat.

He has lived in Paradise for nearly 80 years, moving there in 1939 when he said the town had just 3,000 people and was nicknamed Poverty Ridge. The fire was not a complete surprise, he said.

“We knew Paradise was a prime target for forest fire over the years,” he said. “We’ve had ’em come right up to the city limits — oh yeah — but nothing like this,” he said.

MacGregor said he probably would not rebuild: “I have nothing here to go back to.”

Homes and other buildings in Paradise were still burning, and fire crews were trying to extinguish those blazes, said Scott McLean, a captain with the California Department of Forestry and Fire Protection. Officials warned firefighters to wear their helmets and be careful of falling trees.

Drought, warmer weather attributed to climate change and home construction deeper into forests have led to more destructive wildfire seasons that have been starting earlier and lasting longer.

California emerged from a five-year drought last year but has had a very dry 2018. Much of the northern two-thirds of the state, including where the fire is burning, is abnormally dry, according to a U.S. government analysis.