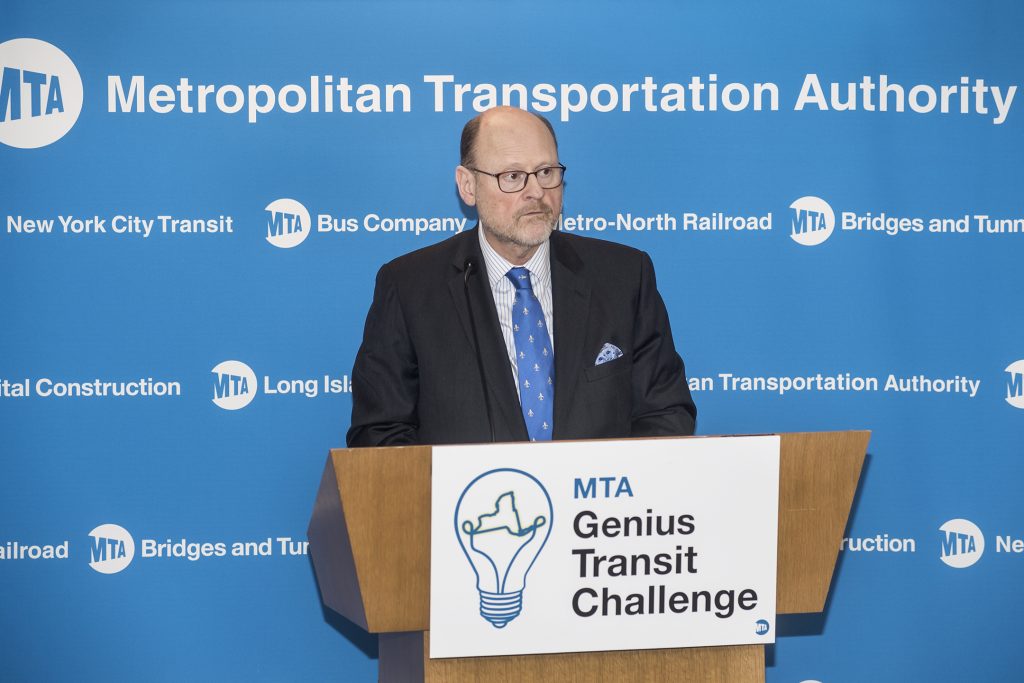 Joe Lhota resigned as chairman of the MTA on Friday, just 16 months after taking the helm of the much-maligned transit agency and weeks after promising not to leave until his term ends in three years. Vice Chairman Fernando Ferrer was named the acting chairman.

Lhota, 64, was appointed chairman by Gov. Andrew Cuomo last year amid increasing problems on the city’s aging subway system. Cuomo said in a statement that Lhota “stabilized the subway system, appointed a new leadership structure to completely overhaul the MTA and led with a steady hand during some of the agency’s most challenging moments.”

Lhota said that in September, the number of train delays fell to the lowest point since February 2016. “There is still a long way to go to achieve the performance that New Yorkers demand and deserve,” he added.

Lhota previously headed the MTA from October 2011 to December 2012. He was praised for his handling of the recovery from Superstorm Sandy in October 2012, when the subway system sustained $5 billion in damage. He resigned for an unsuccessful run for New York mayor against Bill de Blasio.

Questions about conflicts were raised during his second MTA stint, when Lhota continued serving as chief of staff at NYU Medical Center, where his duties included lobbying. At the MTA, he had a token salary of $1.

“When I agreed to return to the MTA it was with the understanding that I would maintain my private sector positions and delegate day-to-day responsibility to a new team,” Lhota said on Friday. “Accordingly, I created the Office of the Chairman for the purpose of managing the MTA.”

Lhota said in October that he had not considered leaving the post. “My term ends on June 10, 2021,” he said.