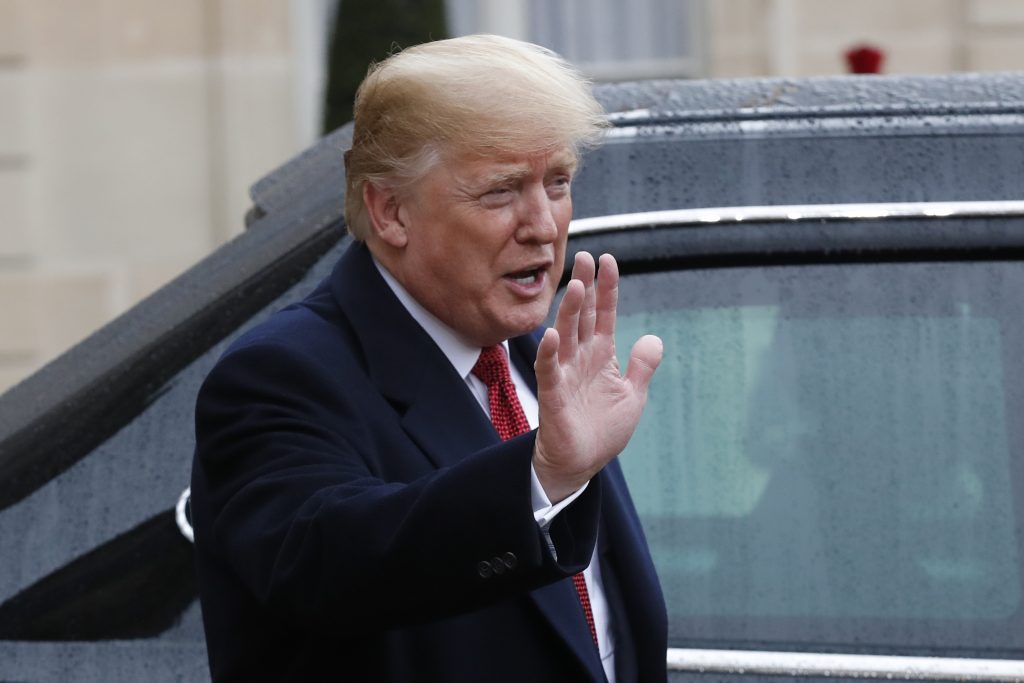 President Donald Trump canceled a planned visit Saturday to a cemetery for Americans killed in World War I, the White House citing bad weather that grounded his helicopter.

Trump had been scheduled to lay a wreath and observe a moment of silence at the Aisne-Marne American Cemetery and Memorial, located adjacent to Belleau Wood and about 60 miles (100 kilometers) northeast of Paris.

Instead, Trump spent much of the day following a meeting and lunch with French President Emmanuel Macron at the U.S. ambassador’s residence, where he was staying during events to commemorate the 100th anniversary of the end of World War I.

Attending in Trump’s place were the White House chief of staff, retired Marine Gen. John Kelly; the chairman of the Joint Chiefs of Staff, Marine Gen. Joe Dunford; and several members of the White House staff. The Battle of Belleau Wood was a critical conflict in the war and a pivotal encounter in Marine Corps history.

The Secret Service determines when it’s safe to fly Marine One, the president’s helicopter. Paris was covered in clouds with drizzling rain through most of Saturday.

Trump was scheduled to join dozens of world leaders Sunday at a ceremony in the shadow of the Arc de Triomphe marking Armistice Day. He was to deliver remarks at the Suresnes American Cemetery and Memorial, located five miles west of Paris, before returning to Washington.

The cancellation of Saturday’s visit drew criticism from those who say the president should have found a way to travel to Aisne-Marne regardless of the weather.

Ben Rhodes, who was deputy national security adviser for President Barack Obama, accused Trump of “blowing off honoring American servicemen who died for us” and said the White House should have had a fallback option.