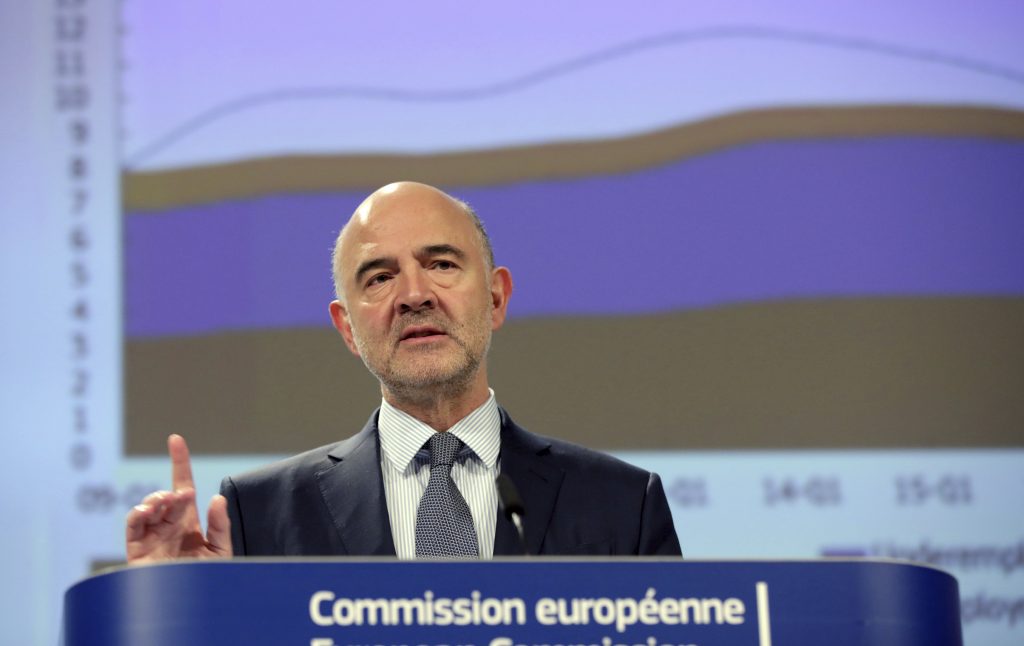 The Italian government insisted Thursday it is sticking with its plan to rapidly increase public spending as a dispute with the European Union over the budget intensified following a gloomy set of forecasts.

In response to the EU’s executive Commission’s prediction that Italy will be the slowest-growing economy in the 19-country eurozone through 2020, Italian Premier Giuseppe Conte said his government had no intention of revising its plans by next week, as Brussels had requested.

“The Commission growth forecast for next year underestimates the positive impact of our economic maneuver and our structural reforms,” he said. “We are going ahead with our estimates on the public finances, with growth that will increase and debt and deficit that will decrease.”

The worry in Brussels and in financial markets, where interest rates on Italian bonds have spiked sharply, is that the budget plans would prevent the country’s huge debt burden from falling, as promised.

And that could raise renewed questions about the future of the euro. Italy’s public debt burden stands at around 130 percent of the annual GDP, second in the eurozone behind Greece, which only emerged from its eight-year bailout era in the summer.

The Commission said it expects the Italian economy, the eurozone’s third-largest, to grow by only 1.2 percent in 2019, below the 1.5 percent projected by the government. And in 2020, the Commission forecasts Italian growth of only 1.3 percent, again 0.3of a percentage point lower than the projection from Rome.

“There are no grounds for questioning the foundation and sustainability of our forecasts,” said Conte, adding that Italy expects the debt load to decrease to 126.7 percent of GDP by 2021.

The Commission doesn’t appear to be in a mood to haggle.

“There cannot be a sort of negotiation on this,” said Pierre Moscovici, the commissioner responsible for economic matters.

Countries that use the euro have to seek approval from the Commission for their budgets as part of a coordination exercise designed to prevent a repeat of the debt crisis that afflicted the region over the past decade. The Commission could sanction Italy if it does not revise its plans by Tuesday.

The Italian government argues that the economy needs a stimulus so it can turn around after stagnating for years. Boosting growth, it argues, will help control debt levels and eventually solidify the country’s place within the single currency bloc.

As part of those ambitions, the Italian government is raising spending to fund, among other things, a minimum income scheme for jobseekers and restore early retirement for eligible workers, doing away with an unpopular reform.

Lorenzo Codogno, a former Italian Treasury official who runs LC Macro Advisors, said the Commission’s deficit forecasts were perhaps a bit “pessimistic” given the likely delays in the implementation of policy measures.

The Commission, he added, looked like it was setting the stage to sanction Italy and that any “possible tweaks the government may be considering to introduce by the Nov. 13 deadline will do little to narrow this huge gap.”

Bond market investors are already fretting, having marked up interest rates on Italian debt significantly over the past few months.

Italy’s economy, which the Commission expects to slow amid global uncertainties, trade tensions, and higher oil prices, comes amid a broader slowdown in the eurozone as a whole.

And Brexit could yet hurt growth even further, especially if Britain crashes out of the EU in March with no deal on future relations. Uncertainty over Brexit is the main reason why the Commission expects Britain to match Italy’s paltry growth of 1.2 percent next and to remain at that level in 2020.