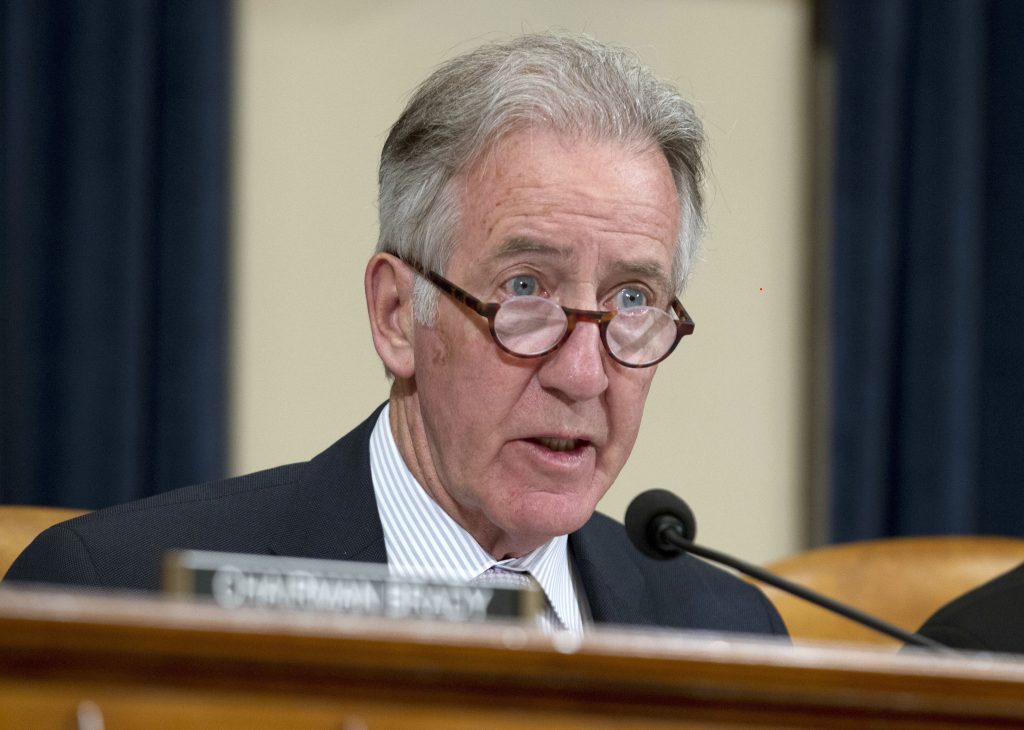 House Democrats plan to hold a vote early next year on protecting health coverage for people with pre-existing conditions, testing GOP commitments to such protections that many Republicans adopted during difficult reelection campaigns.

Rep. Richard Neal, D-Mass., who will be chairman of the Ways and Means Committee next year, said such a vote should happen immediately upon Democrats assuming control of the House in January.

The vote would be the natural sequel to Democrats’ successful midterm strategy of focusing on health care and attacking Republicans relentlessly over their attempts to repeal the Affordable Care Act, which included landmark pre-existing condition protections.

During the campaign many Republicans insisted they actually wanted pre-existing conditions protected, a shift Democrats called disingenuous. A vote on the issue would give Republicans a chance to follow through.

“We need a vote on pre-existing conditions right away,” Neal said in a post-election interview in his hometown of Springfield, Massachusetts, on Wednesday. “We said that was one of the cornerstones of the ACA. After they saw how badly their position was polling on it, they said they were for it.”

Neal said he envisioned legislation that would affirm guaranteed coverage for pre-existing conditions as settled law — and that would strike back at the lawsuit 20 Republican-led states are pursuing in federal court in Texas, with the support of the Trump administration, to declare the Affordable Care Act unconstitutional.

“We can’t go back and forth on these things every election cycle. Let’s establish the principle, embrace it and move on,” Neal said of requiring insurers to cover patients with pre-existing conditions. “I think we’d have to come up with something that promoted the idea that it wasn’t going away. And the attorneys general of the United States, the 20 attorneys general, should not be seeking relief in a Texas federal court.”

House Minority Leader Nancy Pelosi, D-Calif., who is the leading candidate to become House speaker next year, supports the strategy, a spokesman said.

“Voters across the country have delivered a resounding verdict against Republicans’ war on health care,” said Pelosi spokesman Henry Connelly. “The new Democratic House majority will move swiftly to defend the vital protections for people with people with pre-existing conditions still under legal assault by the GOP.”

Legislation on pre-existing conditions might not make it through the Senate, which will remain under Republican control next year. But it would be a key element of Democrats’ messaging as they assume control of the House and work to take action on their campaign promises.

Neal also said that Democrats would advance legislation to undo regulations released by the Trump administration that undermine the Affordable Care Act.

Following Congress’ failure last year to repeal “Obamacare,” the administration has taken various steps to loosen the law’s provisions. The administration has expanded availability of health plans that circumvent some ACA coverage requirements, including inexpensive plans originally intended for short-term use that don’t have to cover pre-existing conditions.

“We devised much of the health care bill, and I think that where we did legislation they’re using administrative rulings to pick it apart,” said Neal. “So I think addressing some of those issues, again, with legislation — at least getting it out of the House for the purpose of getting everybody’s attention — would make a good deal of sense.”

Neal added: “Say what you want about the legislation called ACA. You had a chance to vote for it or against it. As opposed to farming it out to the fourth branch of government, the administrative branch.”

As Ways and Means chairman, Neal, 69, who was first elected to the House in 1988, will have jurisdiction over tax policy, including the new $1.5 trillion tax cut law that Democrats unanimously opposed. But in contrast to Republicans’ long-running campaign against the Affordable Care Act, which included scores of repeal votes beginning when Republicans took control of the House in 2010, Neal said he doesn’t plan to move to roll back the tax law.

He said he would hold hearings on the legislation, but said that any tax policy he advanced would be bipartisan, and that Democrats weren’t elected to the majority to pursue payback.

“I don’t want to say that all of a sudden we won so we can be punitive or small-minded,” Neal said. “I want to get past that idea.”